Recent Attacks on the Environment 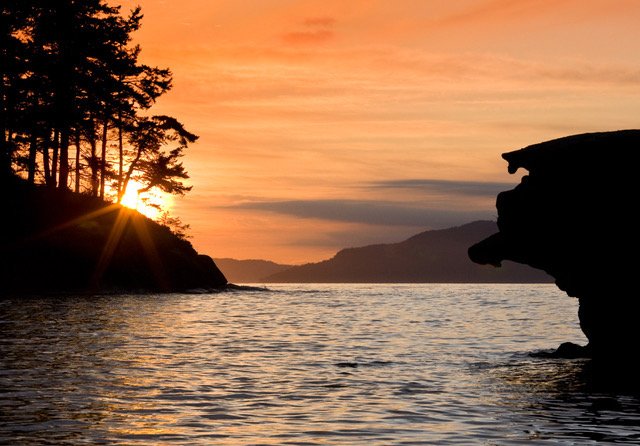 Week three: The EPA is set to revoke California’s ability to create vehicle emission standards. Millions take to the streets for the Youth Climate Strike in hundreds of cities globally.

Week four: The EPA holds public hearings after its announced plan to gut Washington’s water quality standards. Every bite of local seafood Washingtonians consume will contain higher levels of toxic heavy metals and carcinogens if EPA adopts this proposal. Without these standards, Washington has no safety net from Clean Water Act rollbacks.

Ranging from ridiculous to downright dangerous, the relentless assault on protections for our climate, clean air, and clean water has made September a particularly hard month to keep up with the news — and keep down my breakfast. It’s not just federal erosion of laws that keep everyone safe that has my stomach in knots, it’s the administration’s trampling on states’ abilities to protect their citizens and natural resources.

Washington state and the Salish Sea have unique natural resources and habitats that can’t be protected with generic — and weak — federal standards. They simply don’t take into account our particular ecosystems or the specific threats to them. Despite the diversity of oceans, shorelines, salmon-bearing rivers, creeks, groundwater and wetlands that define our beautiful state, today’s EPA would have us abandon any protections for water that go beyond their narrow, one-size-fits-all definitions.

When confronted with this concerning trend, my inbox is flooded with friends and family asking, “What on Earth can I do about this?”

Opportunities to Speak Up
Despite the national headlines, there’s good news closer to home. We have meaningful opportunities to strengthen protections for Whatcom County’s people and natural resources during the coming months. And our active community has a long history of getting results by speaking up. Here are some ways you can be the change you want to see, right here, right now.

This summer, Whatcom County was updating the rules designed to protect saltwater and freshwater shorelines (known as the Shoreline Management Program). This plan would have carried on with business as usual, but hundreds of Whatcom residents seized the public input period and urged the County Council to look at the projected impacts of sea level rise, and examine whether or not we’re hitting targets for “no net loss” to vital shoreline functions.

But this process is not over. In January 2020, RE Sources and other local groups will connect the community with other ways we can minimize costs to taxpayers down the road and let nature do its vital work for free: preventing erosion, moderating flooding impacts, and filtering toxic chemicals from rain runoff. We need to speak up to ensure the County Council takes comprehensive action for our shorelines. I hope you’ll join me in taking action in January to protect so much of Whatcom’s invaluable shoreline habitats and communities.

We have another historic opportunity in the coming months to protect our region. Between now and December is the finale of a years-long battle to stop Cherry Point in north Whatcom County from becoming an expanding fossil fuel transshipment hub, and to hold the existing industries to higher standards for public health and environmental impacts. Most expansion projects of fossil fuel facilities here have had inadequate environmental review for 60 years, and many of their existing impacts to air and water were grandfathered in before key environmental laws were enacted.

The Whatcom County Council is poised to pass amendments to land use law that would prohibit new coal, oil or gas transshipment facilities in the Cherry Point industrial zone — all because people unyieldingly pushed them on it after the would-be largest coal export terminal in North America was proposed, and ultimately blocked. This would be a massive boon for salmon, herring, orcas, and commercial and tribal fisheries. I hope you will follow this issue and make your voice heard. This is a history-making moment, and you have the ability to act in a way that will have global ripple effects.

Proposed amendments could also set common-sense rules requiring the largest pollution sources in our region — owned by multi-billion dollar fossil fuel corporations — to mitigate their pollution and invest in clean power, energy efficiency, building retrofits, and transportation improvements. This would create good-paying jobs right here at home while investing in our clean energy future. How do we do all this? Visit re-sources.org to learn more. There will be more public hearings before the end of 2019 to have your voice heard. 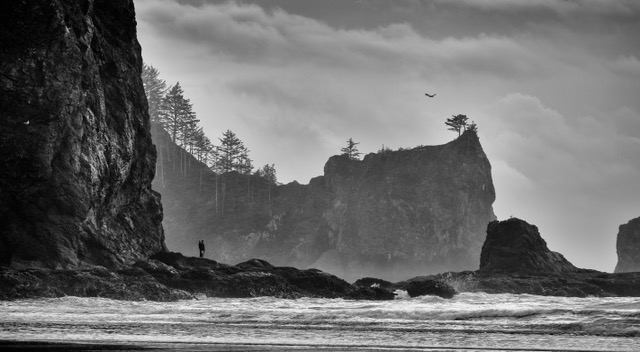 Local Watershed Issues
Climate change also means people’s access to water — and sufficient stream flows for salmon to survive — is growing uncertain. But there is an opportunity for Whatcom County to begin planning for this eventuality before water shortages become even more commonplace. This fall, there will be a public process as the state determines how much water new private wells in the Nooksack River watershed can use, and how we will offset that usage over the next 20 years.

Soon, the Department of Ecology will need to hear from you so their proposed 500-gallon-per-day limit for private wells goes into effect — a much-needed reduction from an excessive 3,000-gallon proposal. RE Sources is watching this issue closely and we will mobilize the community to balance water for fish, farms, and people in the coming months.

Among the most critical actions for our region right now is to stop Trump Administration efforts to rollback clean water standards and laws that will have direct and detrimental impacts to Washington’s waterbodies. RE Sources’ North Sound Baykeeper is a member of the international Waterkeeper Alliance. Alongside the five other Waterkeepers in Washington, North Sound Baykeeper fought to establish the existing water quality standards that Trump wants to scrap in favor of polluting industries’ profits. These standards, established on a state-by-state basis, inform the amount of pollution allowed to be discharged into the Salish Sea.

Rules like this need to protect public health, and should be hinged on how much fish people can safely eat without getting cancer or neurological damage from mercury, arsenic, PCBs (Polychlorinated biphenyls), and more — especially indigenous people and Asian Pacific Islanders who tend to consume the most fish. After amassing thousands of public comments over the past month, our North Sound Baykeeper team will explore further legal action required to hold the line. We simply will not let our waters become so polluted that we can’t eat from them. There are many ways you can support this effort and the work of our North Sound Baykeeper.

I know Whatcom Watch readers want to do everything they can to protect the places and species we care so deeply about. We’re all looking to each other asking, “What is the most useful thing I can do with my limited time and resources?” One of the clearest ways you can take a stand and make a profound impact is by making your time and money do something truly valuable: support organizations who live and breathe these places, organizations who know the challenges and our region like the back of their hand.

Local organizations like RE Sources are the most well-equipped to fight for what’s in our own backyards — drinking water in Lake Whatcom, salmon in the Nooksack River, vibrant waterfronts in a post-industrial era, and Aquatic Reserve ecosystems at Cherry Point and Fidalgo Bay.

When the devil is in the details, and the chances to have your voice heard are buried in public meeting agenda packets, local groups like RE Sources can help connect you to them. This is the moment to make critical gains to protect the Salish Sea through stronger laws, and hold the line of resistance against Trump’s anti-environment agenda.

Simon Bakke brings a background in environmental science, graphic design, and journalism to build connections and support RE Sources’ work.