While international headlines declare that the Paris climate agreements “may signal end of fossil fuel era,” and former U.S. vice-president, Al Gore, joins business leaders in welcoming “a transformation of our global economy,” the Bellingham Business Journal announces that the “Port Could Bring Wood Exports to Bellingham Shipping Terminal.” According to Port Commissioner Michael McAuley, it is all part of an Eastern Whatcom County “job creation plan for logging.” 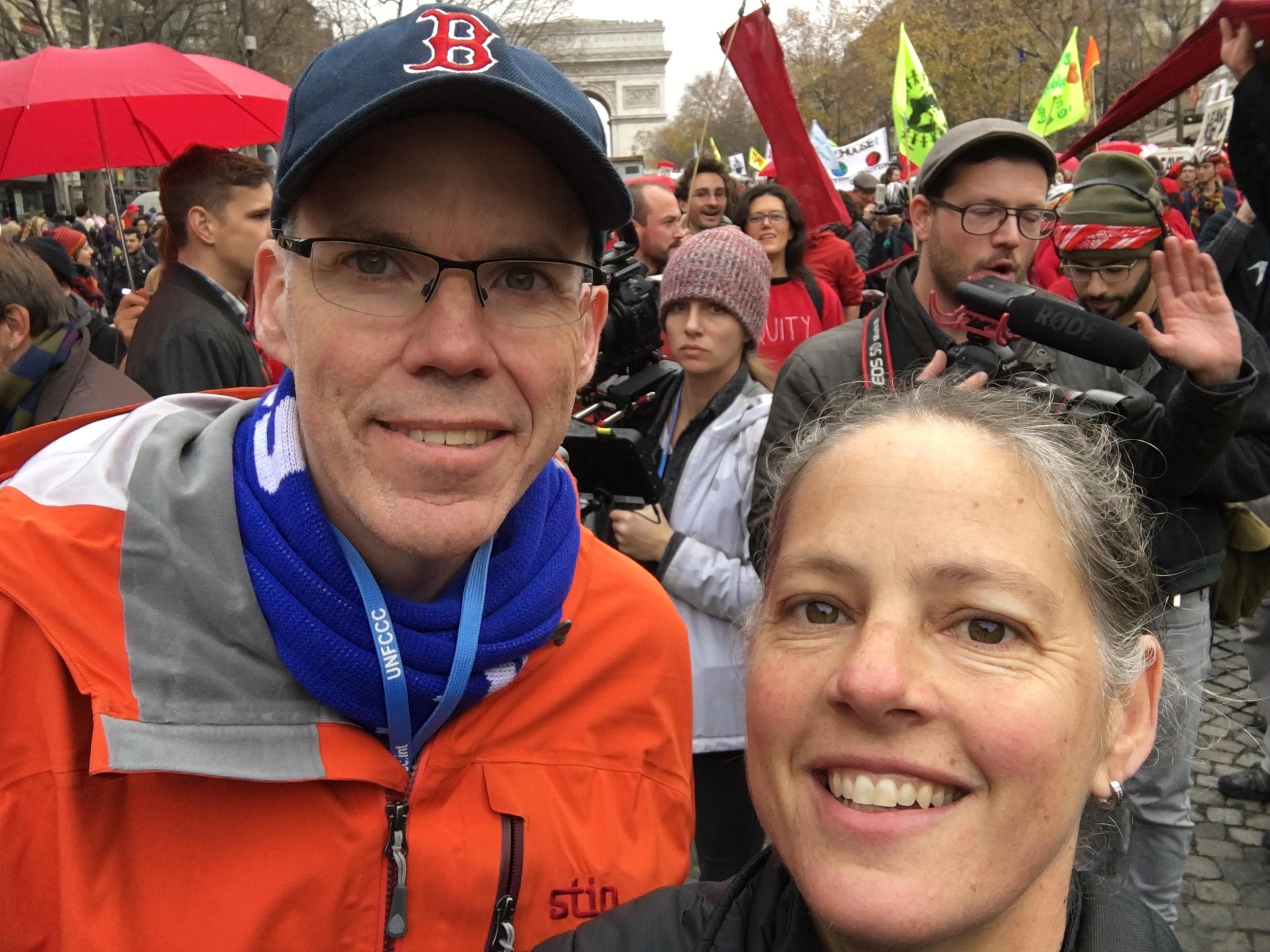 WWU master’s student Jill MacIntyre Witt is seen here with environmentalist and 350.org co-founder Bill McKibben. Nicole Brown, also of Bellingham, was among the 15,000 demonstrators in Paris at the COP21 Summit.

Is the valuing of local trees as wood chips and wood pellets to be burned with coal in Asia Whatcom County’s contribution to the “end of fossil fuel era?”
How can we create a better pact than the Paris outcome?

The majority of participants at the Paris climate talks (see front page, “The Road to Paris And Where does it Lead Now?” by Jill McIntyre Witt) were not those paid by national governments, but rather representatives of communities of a different motive and scale — homelands from around the world. This matters, because it is indicative that individuals working collectively to influence local land use actions and lifestyle consciousness are more integral to climate solutions than any international agreements.

Paris was the time and place for frontline communities to articulate local achievements, to amplify how environmental degradation perpetuates racial, social, and economic inequities, and to mobilize concerted action for people and for nature. Like most communities mirrored in Paris, Whatcom County will experience sea level rise and freshwater scarcity; animals and plants once found here will face extinction or migrate; the Pacific Northwest landscapes will be transformed; and we will be faced with ethical and moral considerations towards our economy and jobs.

It may seem trivial to challenge the Community Food Co-op board’s decision to choose parking over mature trees and urban green space, but an understanding that I carried home from my experience in Paris was this: Climate action relies upon all of us to evaluate every land use and lifestyle action through a climate filter. Constructing and applying this climate filter requires a sea change of the mind. It is deeply psychological.

The activities surrounding the Port of Bellingham Commissioner’s consideration of a wood pellet export facility at the port involves continued destruction of forests, increased truck and ship traffic, production noise and fine particle pollution, all for eventual combustion and the release, rather than storage, of carbon dioxide in the atmosphere. This proposed exporting of our trees and the related destruction of our forests articulates a complex understanding of how local land use and lifestyle consciousness are more integral to climate solutions than any international agreements that “may signal end of fossil fuel era.”

How can we create a better pact than the Paris outcome?

Tell the Port of Bellingham Commissioners not to exchange local trees and forests — the carbon storage experts — as fuel for electricity-generating power plants in Asia.ß