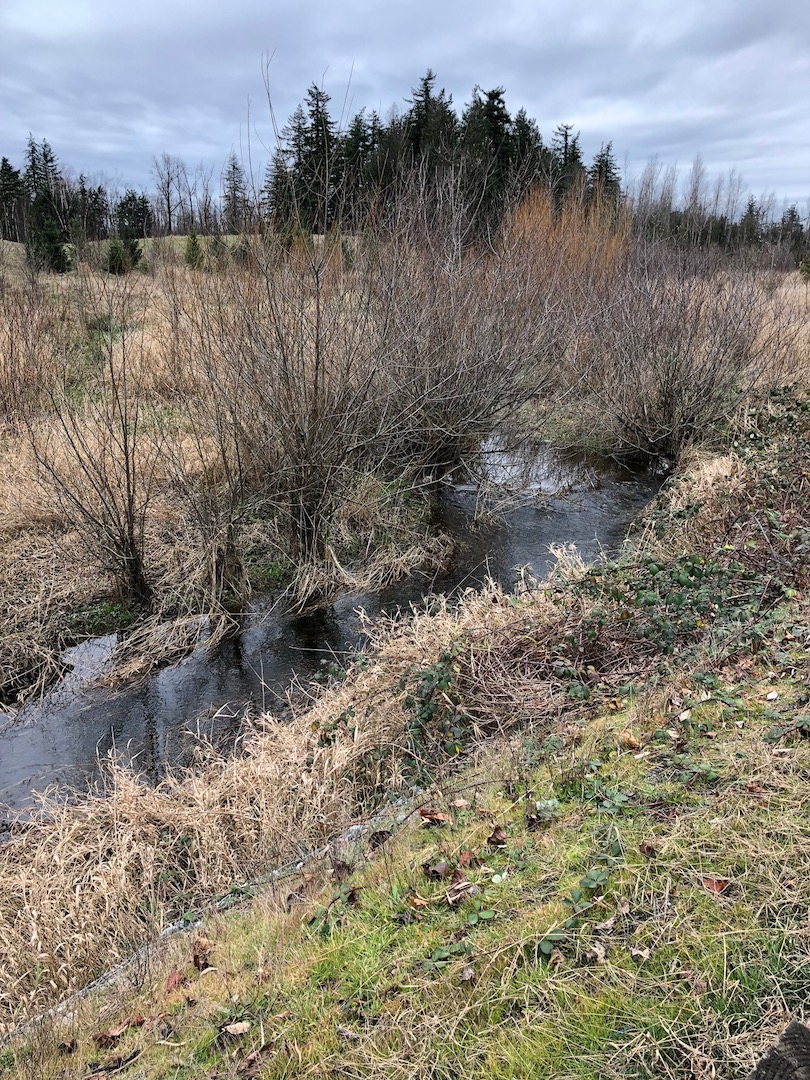 On October 29, the Washington State Committee on Geographic Names finalized its recommendation to change the name of Squaw Creek northeast of Lynden to Páatstel Creek. Páatstel is the original name for this creek in the Nooksack language, and the request was made by the Nooksack Indian Tribe with the support of the Whatcom County Council. The recommendation now goes to the Washington State Board on Geographic Names, which will consider final approval of the name change in a future meeting.

Why is this name change needed? As stated on the Geographic Name Application: “The proper historical name is important to be used as recognition to the First People of this territory, the Nooksacks, beside the fact that the word ‘squaw’ is offensive.” (1) The name “squaw” is being removed from place names throughout the Northwest; the name change would be required by state law in Oregon:

“In 2001, the Oregon State Legislature banned the use of the term ‘squaw’ in Oregon place names. While in its origin ‘squaw’ was not a derogatory term, in Euro-American application it became insulting when used with ugly stereotypes, racial epithets, and demeaning images. The consequence is that 172 geographic names in Oregon may be replaced.” (2)

How is the name Páatstel pronounced? Páatstel is more accurately written as Pá7atstel, with the 7 representing a glottal stop separating the two “a” sounds. It can be more easily pronounced by English speakers if it is segmented as Pá-ats-tel. The accent on the first a indicates stress on the first syllable, both a’s are pronounced as in cat, ts is a single sound similar to the end of the word cats, tel sounds like the start of Tully.

What is its original meaning? In Lhéchalosem, the Nooksack Salishan language, Pá7atstel literally means “device to get bear,” or more simply, bear trap. The word is formed from spá7ats, “black bear,” with the suffix -tel, “device, thing for.” (3) At some time in the past, there must have been a trap for capturing bears near this creek or close to the nearby village with the same name. 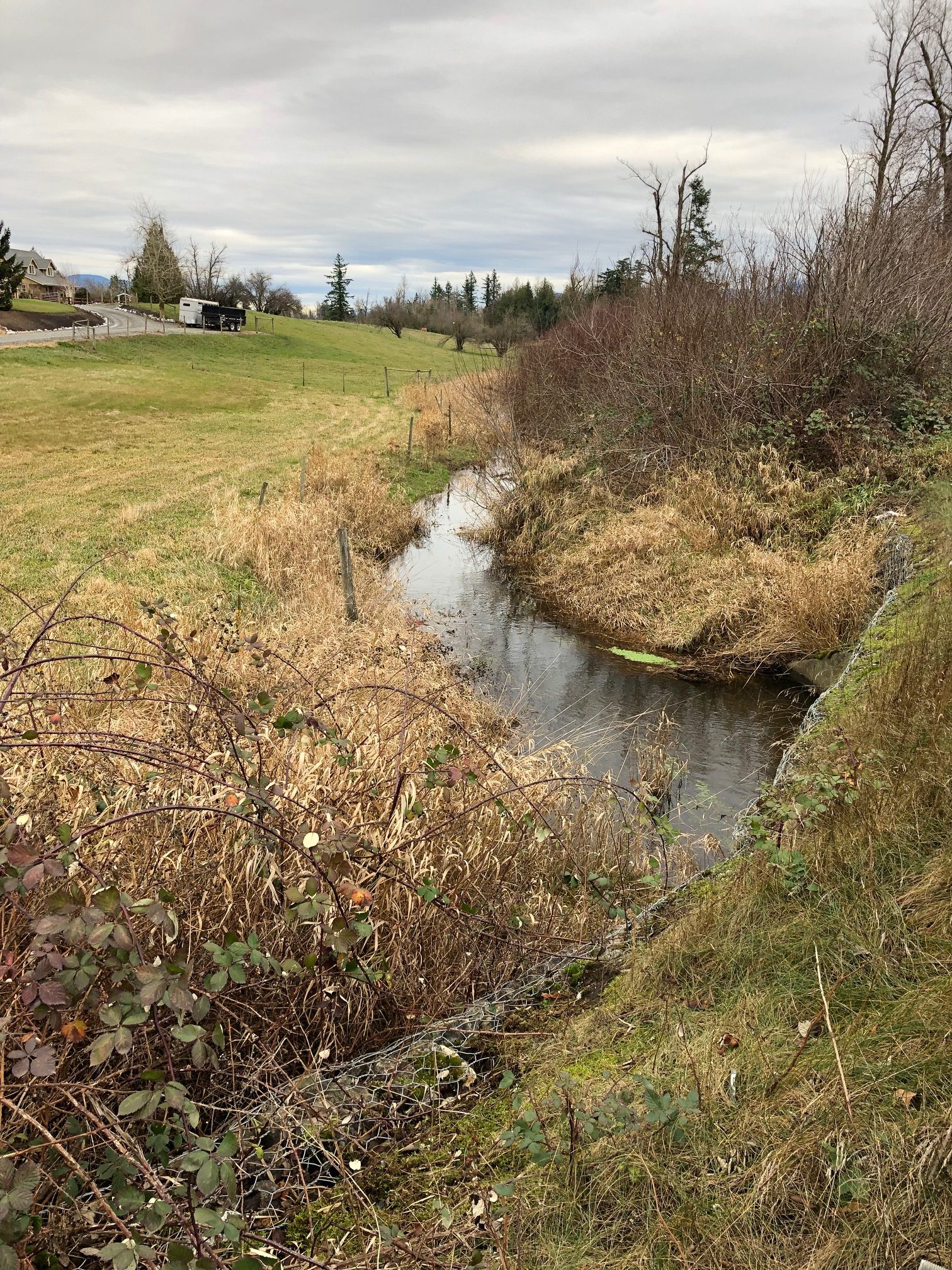 Páatstel Creek is a small stream tributary to Johnson Creek, which is a tributary of the Sumas River. The native trail from the villages in the Lynden area to the Sumas area would have crossed Páatstel, and individuals and groups from these villages would have encountered Páatstel while hunting for game or gathering plants for food, materials, and medicines. The name Páatstel Creek was recorded by anthropologist Paul Fetzer in an interview with Nooksack elder Louis George in 1950. (4) Little else is known about traditional ties to this creek.

Páatstel is better known as the name of a village located about 1½ miles west of the source area of the creek. The book “Nooksack Place Names” includes the following: “Pá7atstel: Village site and prairie area near Northwood Road north of the Jobe Cemetery … . This village was last occupied around 1820 (based on genealogical data); its exact location is uncertain. The most likely area is the northwest corner of the Jobe (Chúm) homestead north of the cemetery, east of Northwood Road and south of the Northwood Store on East Badger Road.” (5)

Louis George was a grandson of Jobe and lived on this Indian homestead near the village site in 1950. Jobe was an important Nooksack leader in the mid-19th century and the central figure in the “Battle of the Blockhouse” in the town of Whatcom in 1859. More details of this conflict can be found in “Peace Weavers” by Candace Wellman. (6)

Páatstel may be a small creek, but the existing sign “Squaw Creek” is very prominent on East Badger Road. Having a prominent sign in the Nooksack language at this location will be a welcome change.