One If By Land, One If By Sea 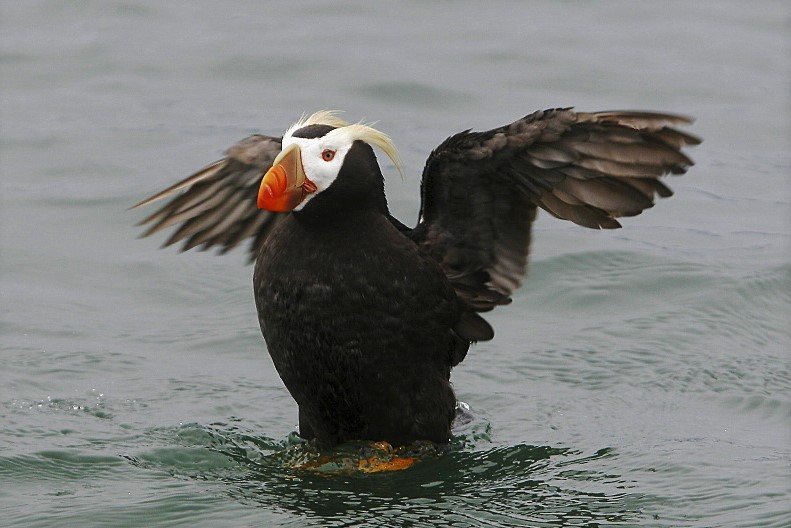 Silver Lake Revisited
As the grandkids aged. part of our summer vacation ritual has been a big camping trip to points here and there. We ranged far and wide from Alta Lake and Pearrygin Lake State Parks east of the mountains to Bayview and Birch Bay State Parks on the west side. On some trips, we took the entire lot of five, sometimes with a friend or two to tag along. On special occasions we’d take only one. Now, one lives in Hawaii, one in Seattle, and another one lives in Tennessee. That leaves only two still in Bellingham so my wife Cindy has some real juggling to do to get a grandkid quorum …and she’s the best at putting it all together.

As always, I took on the duties of hauling most of the food and gear we’d need for our stay, while Cindy ferried the kids to the destination. I often went a day ahead, especially if we had tents to set up, etc. On occasion, we’ve rented a cabin to accommodate the crowd and make for an easier setup. Such was the case this year when we rented one of the historic cabins at Silver Lake Park, just north of Maple Falls.

The cabins were built in the 1940s by the original owner of the fishing resort. Though they’ve been renovated many times over the years, they still retain most of their rustic charm. Most importantly, the proximity to the lake and numerous hiking trails make it ideal for a multiday visit with multiple kids to entertain. As long as they have food and a place to sleep, older grandkids are easy to corral, so we had another good getaway to continue the tradition.

I was out early every morning, focused mainly on getting into the kayak and paddling to the outlet where the lake narrows and transforms into the headwaters of Maple Creek. With Black Mountain rising on the east side of the lake, it was quiet and cool paddling with mist rising from the surface. I wasn’t alone, however, since I had the company of cedar waxwings, willow flycatchers, wood ducks, common yellowthroats, a lone osprey and a pair of bald eagles.

In retrospect, it was another successful outing and Cindy said the grandkids slept all the way home. If ever there was proof that they had a good time, that was it. Now, we’ll take a break before we start planning next year’s version of Grandkid Camping 2023.

Smith Island Cruise
A friend of mine who is the onboard naturalist on the MV Salish Express had to call in sick in early July, so she called me to take her place for a cruise to Smith Island. Without hesitation I leaped at the opportunity! Smith Island is the only place left in the San Juan Islands where tufted puffins nest. This is one of the most popular cruises offered by San Juan Cruises throughout the summer months, especially geared toward bird-watchers. Most of their cruises leave from Fairhaven, but this one departs from La Conner since it’s a lot closer to the destination.

Smith Island is in the eastern Strait of Juan de Fuca, five miles off the western shore of Whidbey Island. The Smith Island Lighthouse was constructed in 1856-58, and, after almost a century of service it was abandoned in the 1950s. The lighthouse was originally 200 feet from a steep bluff, but years of erosion put the lighthouse precariously close to the edge. The lighthouse has been replaced by an automated navigational aid, as is the case with all but one of Washington’s lighthouses. The romantic notions of the old lighthouse keeper are now a thing of the past.

History repeats itself here as it does throughout the San Juans. Smith Island was discovered in 1791 by Jose Maria Narvaez and he named it Isla de Bonilla. In the first half of the 19th century, the island was renamed by traders from the Hudson’s Bay Company. Today, both Smith and the neighboring Minor Island are part of the San Juan Islands National Wildlife Refuge and are closed to the public. Aside from the birds and marine mammals, like harbor seals, the only activity comes from tour boats like ours from La Conner and Port Townsend.

We left La Conner under partly cloudy skies and made our way to the island by way of the Swinomish Channel and eventually through Deception Pass. After we cruised under the Deception Pass Bridge, we were into the open waters of the strait with clear sailing ahead. Most of the cruise was accompanied by the sounds emanating from the Naval Air Station Whidbey Island. To say the jets are loud is quite the understatement. The last time we camped at the state park, the Navy was conducting night landing practice … we won’t camp there anymore! Lest I digress into a sensitive topic, let’s get back onboard and continue our journey with the anticipation of tufted puffins.

As we progressed into the strait, the lay of the land was quite impressive, especially for geography aficionados like yours truly. To the north, we could see the southern reaches of the San Juan Islands; to the southwest were the snow-covered peaks of the Olympic Peninsula; and to the east was the expansive western shore of Whidbey Island. Even when I’m on a bird-watching venture, I enjoy orienting myself. This is something I’ve done since I was a kid and wanted to make sure I could find my way home from the park … three blocks away!

After crossing a good stretch of open water, we approached Minor Island first with Smith Island in full view. At low tide, a narrow sand spit connects the two islands and we could see that most of the spit was covered with harbor seals basking in the sun. On the highest point on Minor Island, we saw several nesting pairs of double-crested cormorants with a lesser number of Brandt’s cormorants in the mix. Black oystercatchers were also prowling the shoreline.

With extensive kelp beds between us and Smith Island, the skipper slowed the pace considerably so we could do our best to locate the puffins. The low tide made it difficult to get closer to the island than we wished, but it wasn’t raining, and, in the Northwest, that’s always a good thing. Before long, we heard the first excited cry of “puffin at two o’clock!” In typical fashion everyone moved to the starboard side for a look. In all, this was repeated several times as we encountered at least a dozen of the star attractions, both on the water and on the wing. Using the clock system is the best way to let everyone know where to look, especially on a boat. Straight ahead is twelve o’clock with the other points on the clock offering directional clues for additional sightings.

As we skirted the kelp beds to view different sides of the island, we saw large gatherings of gulls exploding into the air with the appearance of several bald eagles. The hundreds of gulls that we observed included glaucous-winged, western, and Heermann’s … the only gull with an orange bill. Also present were diving birds like common murres, pigeon guillemots, and rhinoceros auklets.

The level of excitement and anticipation of seeing tufted puffins on this remote and little known part of Washington was palpable as we left La Conner. The trip back was less so and understandable … time in the sun on salt water takes a toll on your energy level. Nonetheless, we still had more oystercatchers and auklets to see, as well as great blue herons and a nesting pair of ospreys. But, we are, after all, birds of different feathers, so all was well that ended well.