Editor’s note: This is a new column, and the Watch welcomes Peter Heffelfinger, who will write monthly about gardening in the Pacific Northwest. Please feel free to submit questions and thoughts!!   Contact Peter at:   peterh.heffelfinger@gmail.com 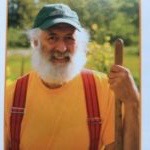 As a human transplant from New England and the Hudson Valley, I have been an organicgardener for forty-plus years on South Fidalgo Island and the Skagit Flats. While located south of Whatcom County and closer to both the Olympic rain shadow and the maritime influences of Puget Sound, my various garden sites have shared the general tenets of growing vegetables in the Pacific Northwest.

I trust that my Skagit experience will carry weight in Whatcom County, given that both areas are bounded by Mt. Baker and affected by the Salish Sea. Arriving in Anacortes in the mid-1970s, accustomed to the winter snows and summer heat waves of the East Coast, it took me a number of years to adjust to the mild rainy winters, cool springs, and foggy but essentially dry summers.

I had gardened in a traditional continental growing season with high heat and humidity that made it easy to produce fully ripe beefsteak tomatoes and old-time, long season varieties of sweet corn. Fall arrived there with a killing frost in September or early October, depending on one’s proximity to Canada. The only things that grew in the winter were in the root cellar: sprouts from the boxed-up potatoes and shoots from the tops of root crops stored in sand.

My usual sources of gardening information were pocket-sized issues of Rodale’s Organic Gardening, published in Pennsylvania, which dealt mostly with seasons of the East Coast, the Mid-West and the South with a few bows to the winter warmth of California. Nothing much was written about the wet-dry, semi-Mediterranean climate of far-away and off-the-map Washington.

Winter Gardening Re-discovered
Enter Binda Colebrook, a fellow émigré to the Northwest, with her initial 1977 edition of the now-classic “Winter Gardening in the Maritime Northwest.” Drawing on her own garden experiments and research into the cool-season crops of England and Northern Europe, the book laid out the wide possibilities for winter and eventually year-round gardening that have now become commonplace locally. And doing so organically.
Back then, one had to do your own fall and winter garden seedling starts instead of easily buying six-packs of broccoli or kale in mid-summer, floating row cover material was used only as an inner lining for down jackets, and any over-wintering cabbages were small commercial starts set out in the fall on the muddy Skagit Flats, waiting to be harvested for seed the following summer.

I followed Colebrook’s careful advice, particularly about avoiding the egg-laying cycles of the dreaded cabbage root maggot fly and the ubiquitous, ever-dancing in the air white cabbage butterfly. This was before the discovery of floating row cover, the only effective non-chemical deterrent to such pests. Tubes of tar paper around the seedling stalks, mounds of lime or ashes dug in around the base of the plants, were no guarantee of protection.

Nothing was more defeating than six-inch seedlings suddenly toppling over, their roots full of maggots. It was a great relief to finally obtain great rolls of Reemay, drape the brassica beds in white, carefully tuck in the edges, and let the sun and rain filter through, although one still had to keep the soil inside free of slugs and snails. Weeks later, the billowy white covers could be dramatically removed, revealing healthy spreading leaves of mature cabbage or broccoli.

I also use hooped row covers in the fall and winter to protect late lettuce, broccoli raab, mustards, cress, and oriental greens, maintaining just enough warmth underneath to keep the semi-hardy greens alive for mid-winter salads and stir-fries.

Heritage Seeds and the Early Food Co-op
Over the years I added more cool season crops: Brussels sprouts, all the varieties of kale I could find, hardy spinach, and overwintering carrots, always looking for hard-to-find varieties adapted to the Northwest cool. A friend who did the Pilgrimage to St. James in Compostela brought back Portuguese kale seed, a perennial that grows for 6-7 years. The large leaves go into the traditional kale-sausage soup; the tall, thick stalks are dried for walking sticks, essential on pilgrimages through the mountains of Galicia.

I was also lucky to find Skagit grown, Northern European heritage seed for Mangelwurzels (a very large, cold-hardy above-ground feed beet that my goats loved), at the now long-gone Tillinghast’s Seed Company in La Conner. The old storefront walls were lined with small square wooden drawers the exact size of the seed packets inside. It was like visiting an old library, browsing through an antique card catalog, each seed envelope labeled with vintage vegetable illustrations.

Back then there was little organic produce available in the markets or at the large fruit and vegetable stands that trucked in produce from Eastern Washington. The Skagit Valley Food Co-op had just opened in a small corner store, run by volunteers, with members required to man the cash register one day per month. It offered then-arcane items such as brown rice (scooped from large metal garbage cans), Erewhon tamari soy sauce, muesli, brewer’s yeast, and strawberry kefir. No big deli, no Greek olives, no great displays of organic produce from near and far.

One grew what did well in our cool summers: peas that stayed fresh on the vine until late June or early July, lettuce heads that spread wide in the filtered sunlight instead of bolting, potato vines that stayed green with little irrigation, luxuriant pole beans. Sweet corn was a long shot, trying to avoid seed rotting out in May and then hoping it matured before the rains of September. And given the much cooler climate of the ‘70’s, with long damp springs, grey summer days, and cool nights that prevented fruit setting, a homegrown fully ripe tomato was a much wished-for thing.

Garlic
Early on I also started growing garlic, a challenge in the fungus-prone Northwest. The maritime valleys west of the Cascades do have crops of overwintering tulip and daffodil bulbs, but garlic was more problematic. I started in raised wood-lined beds of ordinary soil mounded up on top of the ubiquitous Fidalgo Island hardpan. The garlic struggled to survive the cold and, I found out later, lacked access to soil nutrients in late winter, when it needed an extra shot of nitrogen to initiate spring growth.

I then moved to my current vegetable garden site: a former lake bottom of deep black soil with a nearby stream outflow, with no rocks or clay. At first I grew marvelous braids of silverskin garlic. Then the dreaded garlic disease, White Rot, arrived meaning no garlic possible for up to 12 years. So I moved my garlic to the Skagit Flats, with its hard clay soil out in the winds of winter and with more summer sun to adequately dry the tops.
I also switched to hard neck garlic, which is more rot resistant. Cleaned and stored properly it lasts most of the winter; known as ‘restaurant’ garlic, it is easier to peel in the kitchen. I now grow about 700 garlic plants a year, careful to keep rotating the site of the raised bed, hopefully avoiding future infestations. With the advent of farmer’s markets over the past 25 years, one can now buy locally grown, acclimated garlic seed, hopefully free of disease; my favorites are Music, Deja Vue, Russian Red and Korean Red.

Beer, Barley and Rust on the Skagit Flats
Near my garlic site on The Flats there are new test plots of barley, in search of moist weather tolerant varieties for local breweries to use for malting. The aim is to create a local crop, along with wheat, that will express the ‘terroir’ of the valley, as opposed to the industrial cereals grown on the dry steppes of Eastern Washington. It would certainly enhance the great revival of craft beer in the Northwest. The local WSU Bread Lab recently won a Saveur Good Taste Award for its contribution to developing local grains, hearkening back to earlier agriculture, when farmers kept their own unique seed, and towns had local bakeries and breweries.

Barley, however, is susceptible to rust and with the host plants growing year-round I have noticed an increase in rust on my garlic tops and a higher percentage of bulbs that go soft soon after harvest. I hope, however, the barley experiments go well, since I do love the cornucopia of craft beer that has emerged here and nationally, and that my garlic can continue to be grown successfully.

I can recall when the only strong, drinkable local beer was Rainier Ale, in dark green bottles, aka ‘Green Death’ or ‘banana beer’ for its fruitiness. The Northwest craft beer revolution started with Bert Grant, a Scotsman and long-time brew master for a large American beer company. He retired from corporate suds to open the region’s first true craft pub in Yakima, in the heart of one of the world’s best hop growing areas. Years ago I made a pilgrimage to the pub to taste his famous Bert’s Scottish Ale on tap, cellar cooled, along with a real Scotch egg. It was like being in Britain, except for the heat outside and all the cowboy boots.

Maritime Gardening, Year-round
At my South Fidalgo Island garden I have a 12×40-foot grow tunnel of heavy duty UV-resistant plastic. Given the fogs or cool winds that roll in each afternoon from the nearby salt chuck, a grow tunnel is required to reliably ripen heat-loving crops. Last summer I grew an assortment of sweet peppers for salads; large Italian peppers for roasting; hot poblanos, padrones, and super-killer Bhut Jolokias for salsas and pickling; as well as a prolific tomatillo bush. I grow all the tomato varieties that do well locally, bought as starts from my favorite supplier, Joe’s Garden in Bellingham.

Currently outdoors, after a late fall crop of bulb fennel, I have all the now-familiar winter brassicas, as well as hardy Japanese scallions, garlic chives, and volunteer collards that do quite well up North. And of course late leeks that will last all winter, surrounded by tufts of parsley that will endure all but the severest chill.

My freezer is full of white and bi-color corn, as well as a bumper crop of tomatoes, and bags of cauliflower, broccoli, and garlic scapes. I have boxes of potatoes and paper bags of garlic in storage. I didn’t plant parsnips this year, still my favorite New England winter vegetable. But they are readily available in our thriving food co-ops: fresh, locally grown, organic, the next best thing to home-grown. Year-round and winter gardening in the Northwest has arrived.

Peter Heffelfinger, a Washington State University master gardener, has gardened organically on Fidalgo Island and the Skagit Flats for over 40 years. He has given workshops in year-round gardening for Transition Fidalgo/Eat Your Yard, Christianson’s Nursery, and at the Washington State University County Extension Service. He is a Salish Sea Steward, working on the invasive green crab survey.