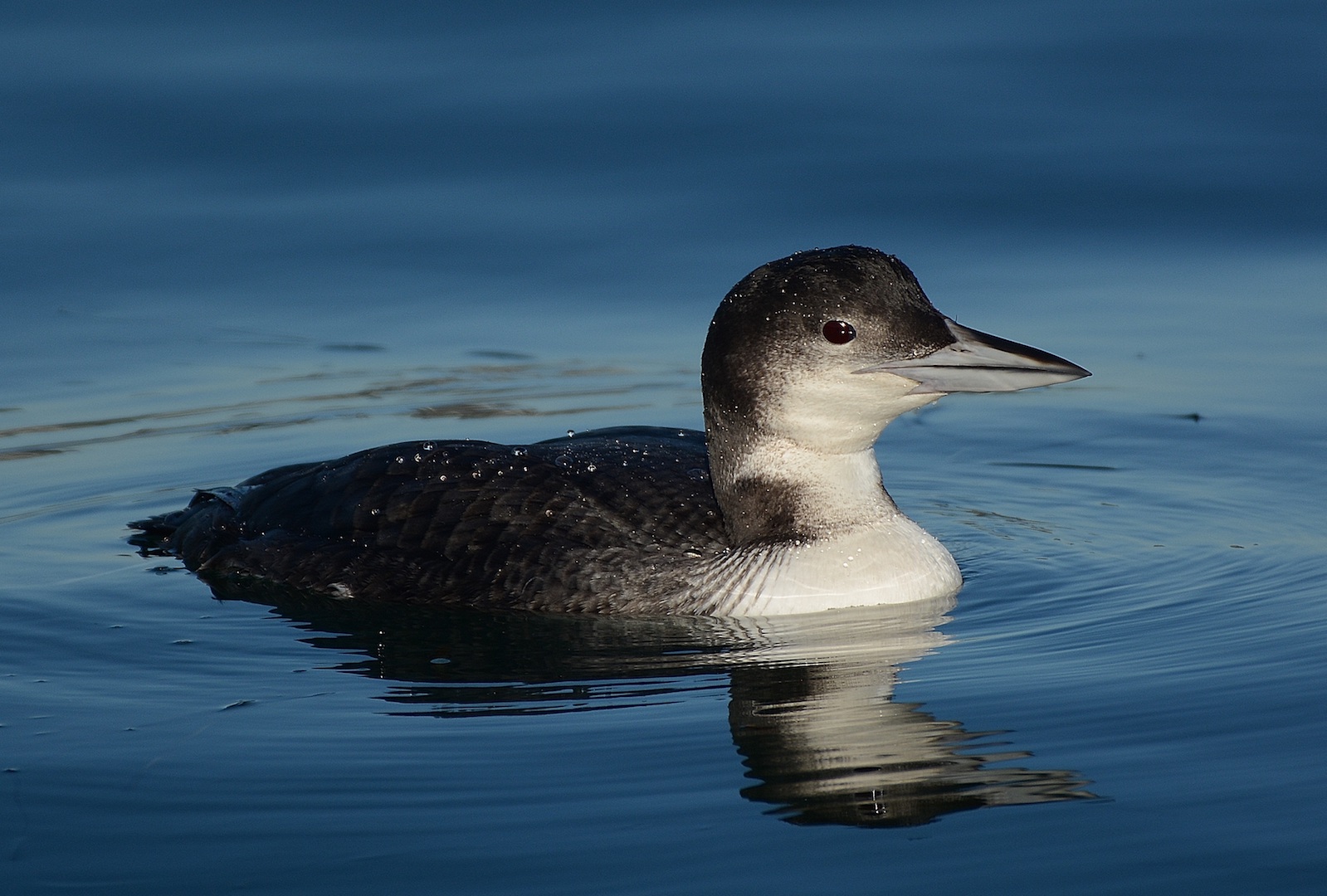 By the time you read this month’s Whatcom Watch, we will be a short three weeks away from the first day of spring. Given the weather events we’ve all experienced since November, it couldn’t come a day too soon. November flooding and atypical snowfall and ice gave us a white, slippery Christmas with a full complement of headaches. Other parts of the country fared a lot worse in most cases, but we’re more in tune with our moderate marine climate so we were caught off guard in most respects. However, we can always look forward to better days ahead. I would imagine the birds will be relieved as well. It has to be tough out there for our feathered friends!

When it comes to birds and better weather, there’s still much to see of our wintering birds so keep those extra layers handy. Many of our winter migrants will be around through April and into the first part of May, changing slowly into their breeding plumage. Even though they’re still here for a while longer, there is an obvious stirring among flocks with noticeable patterns of behavior that are prelude to mating and eventual nesting. Yes, spring is in the air, and, with the changing seasons comes the semiannual transition period.

This is the time of overlapping movements of birds. Aside from our year-round resident species, our migrants move like clockwork twice a year as they exchange their wintering ranges for their breeding grounds. And then they reverse course in synch with the seasons. Avian migration is still one of the true wonders of the natural world. If you haven’t seen the Oscar-nominated documentary, “Winged Migration,” plan on doing so to fully appreciate this natural phenomenon.

If you spend time at certain hot spots that cater to a regular avian clientele, you’ll witness a remarkable and consistent change from winter to breeding plumage. One of the best places to see this is at Semiahmoo Spit. Loons that arrived in late fall were still in breeding plumage that slowly gave way to their drab winter colors. By mid-March, however, changes will be apparent and become more intense as the loons attain full breeding colors once again by the end of April. Other birds to focus on for contrasting plumage changes are the horned and red-necked grebes and the inimitable long-tailed ducks.

Among the waterfowl species that winter here, one that stands out is the Pacific black brant, commonly known simply as brant. This small sea goose has one of the most remarkable migrations of all waterfowl. The majority of brant breed in the Izembek Lagoon in the Arctic and mass together for migration in late fall. The majority of these birds fly nonstop to Baja to spend their winters there. When the seasons change, they slowly make their way northward, hopscotching and stopping at traditional feeding grounds along the way. In March and April, several thousand brant are feeding in local waters, adding to their fat reserves for the return journey to Izembek.

The numerous bald eagles that traditionally feed on the salmon in Northwest rivers like the Nooksack and Skagit were short-changed this year to a great extent by river flooding. High water washed away most of the food reserves they count on, so it will be interesting to see how this affects their overall numbers. Quite a few eagles came down to seek food in the lowlands this year, making for exciting times for bird-watchers but it was probably a strain for the eagles.

The capricious weather adversely affected birds across many species, as evidenced by low numbers of wintering raptors. Short-eared owls, northern harriers, and rough-legged hawks were also challenged by the floodwaters that covered their normal hunting grounds. Their combined overall numbers accurately reflect the unexpected changes that alter the feeding habits of most birds. More silt in bays and estuaries forced diving birds like western grebes to move on to better conditions and clear water. This has been the case for western grebes for years, causing their numbers to drop dramatically.

The prolonged freezing weather around Christmas brought humans together in a concerted effort to help our wintering Anna’s hummingbirds make it through the cold. Word spread throughout the community to keep feeders free from ice while creativity and diligence saved the hummers. In fact, the annual Christmas Bird Count in mid-December listed an all-time high count of 271 individuals. This effort was proof positive that we can lend the birds a hand when the need is there. Hats off to all the feeder watchers for a job well done!

There is good news ahead, however, as the weather continues to revert to more of the normal Pacific Northwest variety. We’re used to cooler and even damp weather well into June, but spring offers promise. If you’ve lived here for a while, you know from past experience that a few sunny and even mild days will tease us between here and summer. Often, the arrival of spring birds brightens our collective spirits as we shake off the winter woes.

In late February, typically around the traditional Washington’s Birthday, the first tree swallows begin to show up on the birding radar. Swallows are the true harbingers of spring, despite the popular misconception that American robins are. Since we have robins around throughout the year in the Northwest, they’ve had to give up the title. Violet-green swallows usually arrive by mid-March, around St. Patrick’s Day, and so begins the infusion of color and song into the landscape.

When most of us begin thinking about the songs and colors of the wood warblers and flycatchers to come, we have a tendency to leave the present behind and allow ourselves to get lost in the future. I, for one, can be found on saltwater shorelines more often than not. There’s always been a special place in my heart for the tides, and the birds that frequent our beaches, bays, and estuaries appeal more to my personal sense of wonder. No matter your preference, leave the comfort of the hearth as often as you can and spend time in the outdoors as the seasons change. Fresh air and exercise will make for a better night’s sleep, and, if you’re anything like me, you’ll dream about birds you’ve never seen.
___________________________