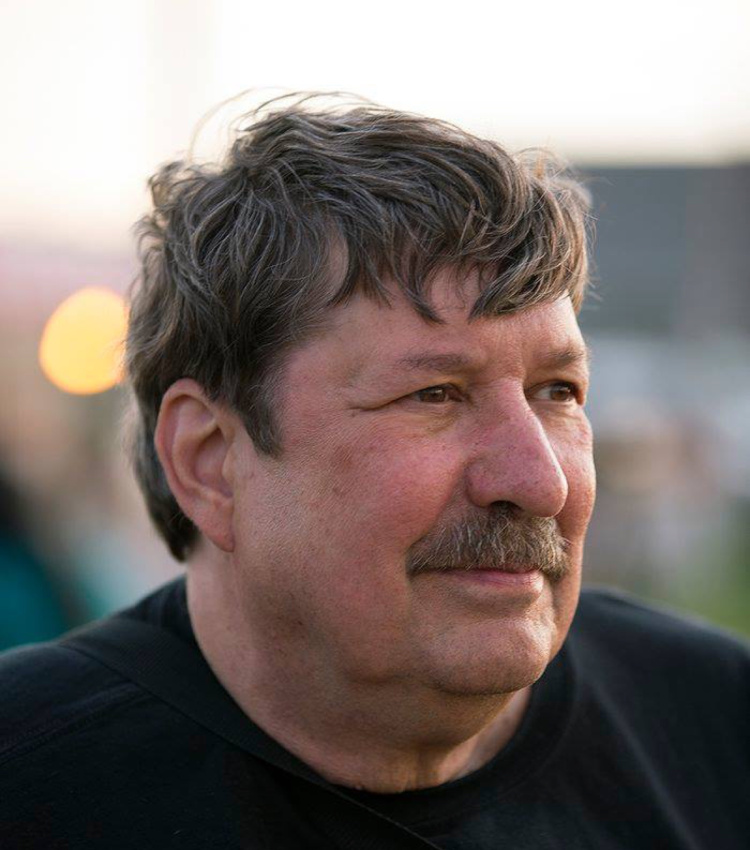 Richard Jehn, former managing editor of Whatcom Watch and a longtime community activist, died on November 3, 2016. He was 66 years old.

“Richard Jehn’s contribution to citizen journalism, our local environment, and Cherry Point in particular, were unparalleled,” said Terry Wechsler, a regular contributor to Whatcom Watch and a former board member.

Jehn was managing editor from July 2012 until March 2014. On August 23, 2016, he journeyed with the Lummi Nation as official chronicler of a totem pole that was carried as a gift to the Sagkeeng First Nation near Winnipeg, Manitoba. In addition to its sacred character, his journey was also meant as a protest against fossil fuels and the danger they present to the climate and human survival. The journey was a personal one for Jehn since his daughter lives in Winnipeg.

“I have refrained from saying much in my short posts about the magic of this entire journey, but it was an undercurrent of everything that transpired since leaving Bellingham on the morning of August 23rd,” Jehn wrote in his blog. “Even when tension was high, I could feel the current, the electricity of what was happening.

“The striking totem pole stands on its own, surrounded by love and unity of purpose.

“Following the raising of the pole and all the joy and fanfare that came with it, we once again went back inside Turtle Lodge for more words and a magnificent gift from the Sagkeeng First Nation to the Lummi Nation, its gesture of solidarity and determination in its fight against the Energy East pipeline.”

The carving that the Sagkeeng gifted to the Lummi Nation in return was of the Seven Sacred Teachings — love, respect, courage, honesty, wisdom, humility and truth. They happened to be some of the same traits that characterized Jehn.

Beth Brownfield, who specializes in building bridges between original nations and peoples and their neighbors (see the December 2016 Unsung Heroes column ), said Jehn realized that although Bellingham residents lived within a few miles of the Lummi Reservation, they knew little about their neighbors.

“He wanted to support the Lummi nation,” she said. “What he did was amazing in contributing information to the public about their efforts.”

To prepare, Jehn engaged in conversation at Bellingham’s Unitarian Fellowship with members of the Lummi Nation. “He was an activist, very tenderhearted and was aghast at how little we know about our immediate neighbors,” Brownfield said.

Jehn subsequently made friends on the reservation and forged some of the first contacts in the media between the Lummi Nation and Bellingham. That led to his journey to Manitoba with the totem pole.

Richard worked with Jewell Praying Wolf James and other members of the Lummi Indian Tribe to produce an eight-page insert for Whatcom Watch, “The Search for Integrity in the Conflict Over Cherry Point as a Coal Export Terminal.”  Lummi Insert

Some of the last words he wrote in his blog may be appropriate in regard to his own passing. “After all the profound ceremony and ecstasy of the raising of the pole, the Creator  gifted us with a beautiful sunset to end our deeply moving day,” Jehn wrote. The legacy that he left behind is similar.
_____________________________