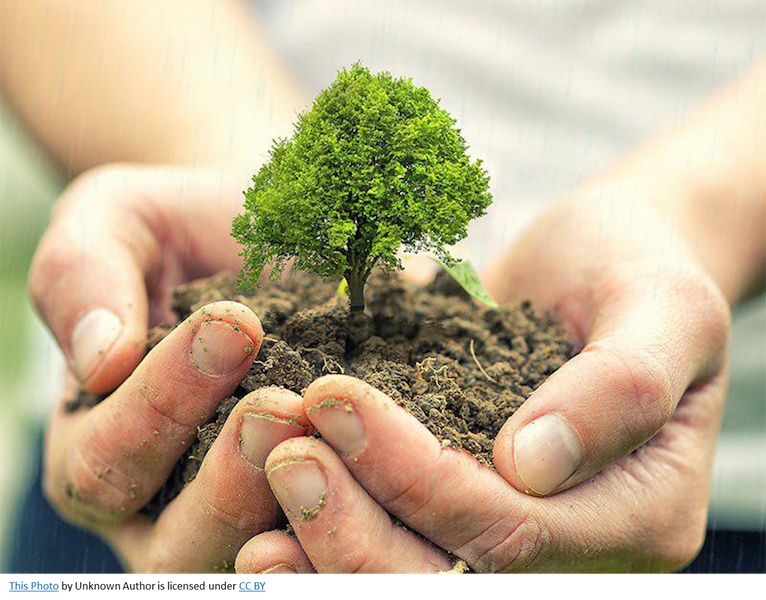 Editor’s Note: This article marks the beginning of a new column, “Beyond Fossil Fuels.”

Climate change has become frighteningly real in the last year here in the Pacific Northwest. We’ve been pummeled by alternating extremes of heat/drought/wildfire and cold/rain/floods. Scientists say we must ween ourselves quickly off fossil fuels and decarbonize our life, but even while we watch disaster after disaster unfold, it can be nearly impossible to imagine a world not dependent on the fossil fuels we are surrounded by: coal, oil, gas and plastic (which is most often just methane you can hold in your hand). It’s easy to feel overwhelmed, helpless and hopeless.

One of the best ways to solve any problem is look at the bright spots, to see what’s working and embrace more of that. This monthly column will attempt to do just that. We will aim to show what’s working, highlighting practices and tools that are already available, as well as introducing emerging solutions from around the globe that aim to create a more livable planet.

Time to dive in.

Bring on the Tiny Forests
What can grow 10 times faster and support 100 times more biodiversity than a typical forest?
Answer: A Tiny Forest

So, what is a Tiny Forest? Tiny Forests were pioneered in the 1970s by Japanese botanist, Akira Miyawaki, who was attempting to regenerate degraded land quickly. Tiny Forests are often small enough to be tucked into your yard, but they can be of any size. Usually, it’s a small area, often no bigger than a tennis or basketball court, that is densely packed with native trees and shrubs and nurtured with 100 percent organic mulch for two to three years, after which it is mostly self-sustaining. The fast grow time means that it only takes 20-30 years to grow a mature forest, when it would normally take 200-300 years.

The amazing powers of Tiny Forests are not just related to speed. They have been documented to lower nearby temperatures by up to 5 degrees and attract hundreds of varieties of wildlife and plant life. In one study by Wageningen University in the Netherlands, 11 Tiny Forests were found to support 298 plant species, in addition to those originally planted, and 636 animal species. Not only did the Tiny Forests support more diverse species, they supported more individuals in the species as well.

Tiny Forests are often placed in what would be unused or barren urban spaces, such as former parking lots. The benefits of a bit of green nature go far beyond prettification. They provide neighborhood meeting spaces and an outdoor learning environment for children. This is especially important in areas where people seldom get a chance to interact with nature.

Human Brains Need Green Space
It has been documented that human brains need green space to operate well. Mark Mieras, a physicist, science journalist and author specializing in brain development wrote in his white paper, “A Little Bit of Nature, a Big Influence:”

“Nature reserves, parks, trees and gardens are a refuge for the mind. There is robust scientific support for this presumption. A short walk or a view of a leafy canopy helps people restore cognitive functions and enables them to function socially.”

The Tiny Forest concept really caught fire in 2009, when Shubhendu Sharma, an Indian engineer, became enamored of Miyawaki’s work when Miyawaki converted an area in the Toyota factory where Sharma worked. Sharma was so fascinated that he volunteered with Miyawaki’s team and tried the methods in his own backyard. Soon, he began a company called Afforestt to create a systematic way to replicate Miyawaki’s work elsewhere.

Scientists say that natural forests such as those created by the Miyawaki methodology, which can store up to 40 times more carbon than monoculture plantations, are crucial to meeting climate goals. Monoculture plantations recover far more slowly than natural forests, support far less biodiversity and release carbon back into the air when logged. Bottomline: monoculture forests will not get us to our climate goals. While we absolutely need to dramatically reduce carbon emissions, Tiny Forests play an outsize role compared to their footprint in helping sequester as much carbon as possible.

When you hear about the million trees project suggested for Whatcom County, here is a way for you to get started — one Tiny Forest at a time.

Grow a Tiny Forest
There are five main steps:

1. Survey nearby natural forests in your area to find the right mix of trees and shrubs — this is key.

2. Nurture the soil ahead of time with organic matter such as straw, manure or other natural material to improve moisture and aeration.

3. Densely plant and mulch seedlings at around three trees per square meter (that’s about 10 and three-quarters square feet to those of us not easily conversant with the metric system) so you will have layers of plantings, i.e. canopy, understory, shrub, herbaceous cover.

4. Water and weed for two to three years, but don’t trim or prune.

While the concept is simple, it’s important to get it right and have some guidance along the way. You can download a handbook from IVN that takes you step by step in creating your own Tiny Forest. Let’s get planting!

Vicki Thomas has a degree in political science from George Washington University. She retired as the Chief Operating Officer of a small California e-commerce company and moved to Bellingham in 2015. Vicki was a team-lead volunteer for the Community Research Project, a county outreach project sponsored by the Whatcom County Climate Impact Advisory Committee. She is a currently cochair of the League of Women Voters Climate Committee.