From Bellingham to Port Townsend 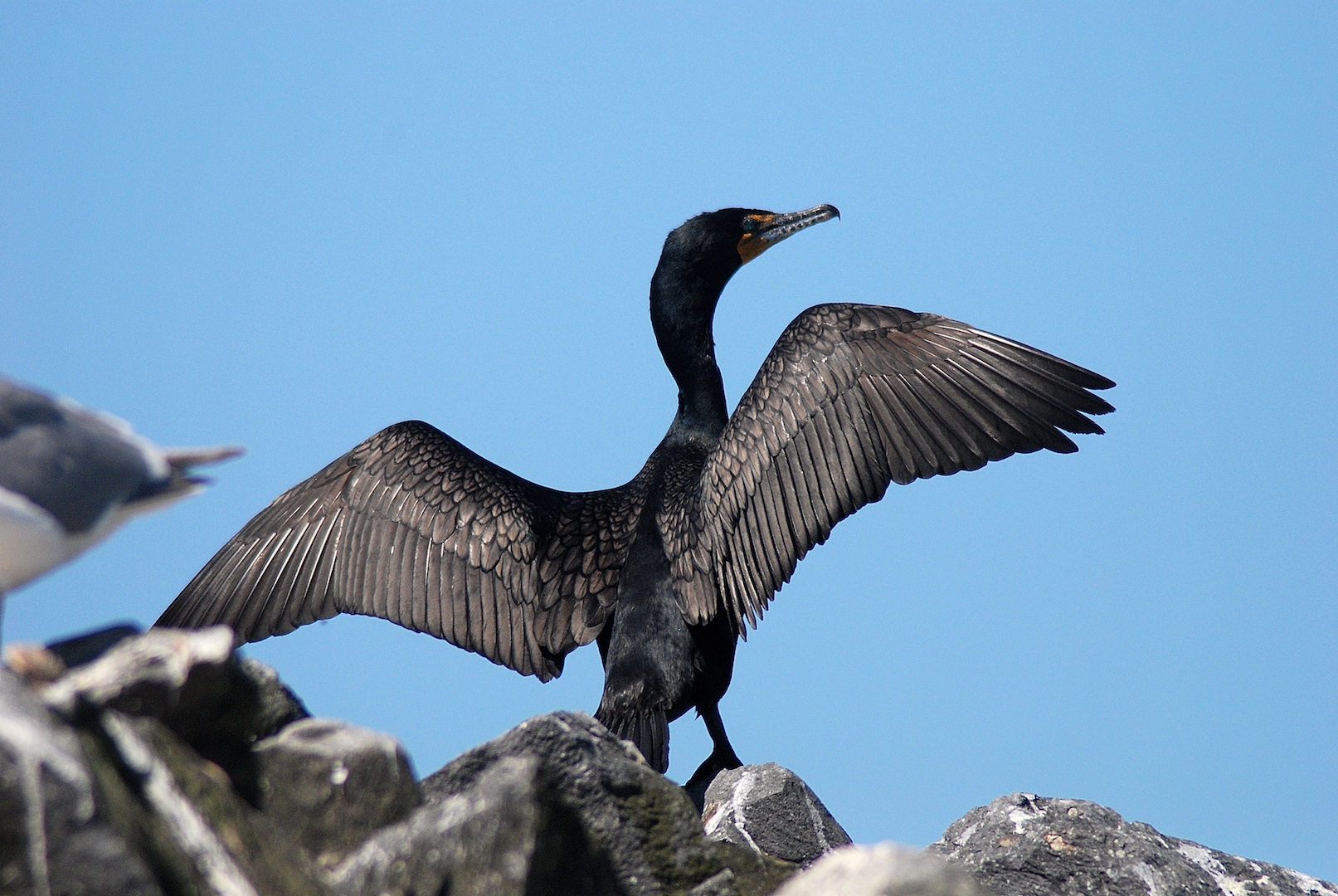 It’s the time of year when you might have the urge or itch to get outside and sample the freshness of the season. That widespread phenomenon is usually referred to as spring fever, but you should never feel that you’re alone … it affects everyone. The North Cascades Highway won’t be open for another month so any road trip might be confined to the west side. If you don’t want to drive too far or don’t have the luxury of time, consider a day trip to Port Townsend via Keystone and the Washington State Ferries. I would advise reservations if you plan a weekend trip, but weekday traffic during the off-season is usually slow enough to take your chances. On the occasion of our 23rd anniversary, Cindy and I treated ourselves to a three-day/two-night getaway to Port Townsend.

The road that we take to Port Townsend, known to many locals as PT, involves the always enjoyable meander down Chuckanut Drive. The scenic vistas on Chuckanut are followed by crossing the twin spans over the equally scenic Deception Pass. Both of these stretches enroute require a little discipline since the temptation to stop for the views is very enticing. If you want to arrive in time for the ferry, you’ll have to make it past the charming waterfront town of Coupeville. The final leg to Port Townsend and the Olympic Peninsula is a 30-minute ferry ride from Keystone on Whidbey Island. For many years the ferry run was referred to as Keystone-Port Townsend, but for some reason, it’s currently known as Coupeville-Port Townsend. Keystone has a nicer ring to me but as the saying goes, what’s in a name?

If you don’t make reservations and miss the ferry, don’t be too discouraged. There’s plenty to do and see in the surrounding area, on foot. Just next door to the ferry landing is a state park on the site of historic Fort Casey. Fort Casey was originally part of the “triangle of fire” that was built to guard the entrance to Puget Sound. The other installations that comprised this triangle were Forts Flagler and Worden, which have also been restored as state parks. Along with the history of Fort Casey, there are good birds to be found in the surrounding open fields and woodlands, including nesting great horned owls.

Walks along shorelines are productive for a variety of birds, including shorebirds, loons, guillemots, mergansers, and two species of cormorants. Crockett Lake is right across the road from the ferry landing and always has a good variety of birds throughout the year. Short-eared owls and northern harriers ply their similar trades along the grassy meadows between the lake and the beachfront. Since short-ears and harriers often compete for the same prey in similar habitats, it’s not unusual to see them side by side, almost in competitive pursuit.

The ferry ride itself provides a wonderful platform for viewing marine birds that you don’t usually see from land. This time of year, it’s important to plan ahead for the inevitable wind that’s an integral part of crossing the open waters of Admiralty Inlet. You’ll have a better chance of seeing murres, murrelets, and rhinoceros auklets by riding the bow and that’s where the wind lives! In addition to the birds, this inlet is the entrance to Puget Sound for all ships heading to and from port cities like Seattle, Tacoma, and Everett. Though not all together uncommon, it’s usually a surprise to see one of the U. S. Navy’s Trident submarines crossing the shipping lanes. In fact, the Bangor base is located farther down the Hood Canal.

Upon arrival in Port Townsend, we settled into our accommodations at the end of Water Street, right across from the Northwest Maritime Center and Wooden Boat Foundation. These organizations have as their goal to educate and engage the public in all things maritime, from the traditional to the contemporary. The displays are very well done and especially informative about the maritime history of Port Townsend, as well as the greater Puget Sound area. Touring the facilities can occupy a good portion of your day, so plan ahead.

Since I’m the early riser in the family, I sneaked out to check the waterfront, including the marina and cobble beach at Point Hudson. Before I could get to the beach on the first morning, I was surprised to find a male hooded merganser inside the marina. It seemed like he was also surprised to see a human up and about so early in the morning. The morning was clear and cold with no wind, so I was happy to proceed to the cobble spit at the end of the point. This spit has always been good for birds and it didn’t disappoint. Along with brant and two kinds of gulls were common goldeneyes, black oystercatchers, dunlin, and sanderlings. The shoreline walk back to our cottage added pigeon guillemot and belted kingfisher to my morning list, along with double-crested and pelagic cormorants.

Though we had planned to leave the car parked for the duration, we decided that the second day would be good to check out Marrowstone Island and Fort Flagler, for future reference. There is a more than adequate beachfront campground at this state park, and the view across to Port Townsend adds a bit of perspective to the visit. There also seems to be no place in the general area to escape the views of Mt. Baker, and the view from Fort Flagler didn’t change that. Back in Port Townsend, we sampled good food and checked all the interesting nooks and crannies on all the side streets. We also indulged ourselves with an afternoon movie at the historic Rose Theater. The movie listings and the ambience inside the Rose were reminiscent of our own Pickford Theater in downtown Bellingham.

On the return home, we had no schedules to meet so we stopped for lunch and a walk in the sunshine in Coupeville. The area of downtown along the waterfront is a great place to spend time, for both shoppers and birders. Whidbey Island is known for its generous populations of pigeon guillemots, which nest on the numerous sandy bluffs that overlook Penn Cove and other parts of the island. The early ferry ride also left time for us to take a short hike and explore another favorite, the Rosario Beach area of Deception Pass State Park.

On our homeward drive, we crossed the raptor-rich Samish Flats, just west of Edison. Prime time on the flats is winter, and, in early March, many of the star attractions had already left for their northern breeding grounds. Bald eagles, however, were still on hand since many nest in the area. Of all the trips that we’ve made along this route, we had only talked about stopping at the Chuckanut Manor. On this particular drive home, however, we decided to have an early dinner and extend the weekend. The food was great and the sweeping views of Samish Bay added to the experience.

In retrospect, there is no doubt that Port Townsend is one of Washington’s most special places to visit. Whether you choose to make it a day trip or an extended stay, you will not be disappointed. We’re already talking about our next trip and considering the idea of taking our bikes as our mode of transport in PT! Check it out sometime and you’ll see what I mean.
_____________________________