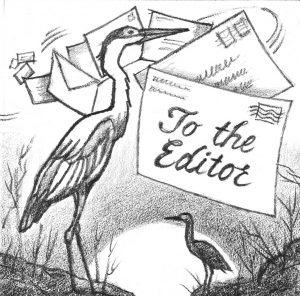 Correction to a December article, “Lake Whatcom Needs More Rigorous Action” by Laura Weiss and Karlee Deatherage. On page 6, the article said that only 64 properties participated in the Lake Whatcom Homeowner Incentive Program in 2018, which cost taxpayers over $1 million for the year. Correction: In 2018, Whatcom County and the city of Bellingham spent a total of $201,304 on the Lake Whatcom Homeowner Incentive Program. The total 2018 cost for all county and city Lake Whatcom Stormwater Program activities, including capital improvement projects, was $1,062,000.

Correction to a January article, “Nooksack River: Too Little Water, and It’s Getting Worse.” A careful reader noted that my (Eric Hirst) calculations were done incorrectly. The corrected/revised paper is on the Whatcom Watch website — www.whatcomwatch.org. The results and conclusions are directionally the same as those in the original paper, but the worsening trends are not as bad as initially reported. The results suggest that we need to increase stream flows through a suitable mix of projects that increase water supplies and improve the efficiency with which we use water. Suitable means a set of projects that are affordable, cost-effective, environmentally benign, likely to be approved by regulatory agencies, and politically feasible. — Eric Hirst