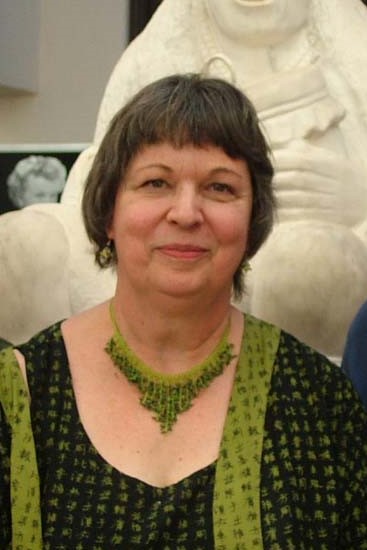 Beth Brownfield, 75, moved to Bellingham with her husband in 2004 from Minneapolis, Minn. They have two adult children and two grandchildren. Beth and her husband spent two years in the Peace Corps in Honduras before starting their family. She has been an activist working with indigenous peoples’ issues for the past 36 years. She has been active in Whatcom County and elsewhere in helping to build bridges between original nations and peoples and their neighbors.

Kathryn Fentress: How did you get interested in indigenous people?
Beth Brownfield: It all started for me when I was 11 and in the sixth grade. We were studying history and we learned that the American soldiers deliberately gave the Indians blankets infected with smallpox. I couldn’t imagine that anyone could do such a thing to another person. I didn’t know what to do with that; I thought it would never happen again. Then, in 1973, when the Wounded Knee action was happening, I went to a summer Quaker camp and took a workshop about what our government was doing to gain control of uranium resources on the Pine Ridge reservation. The military response to the takeover of Wounded Knee was a diversion to this effort by pitting tribal factions against each other while uranium resources were being explored on tribal territory.

How did you get involved then?
From 1973-1983 I volunteered with the American Friends Service Committee, speaking about and raising money for those who had been arrested at Wounded Knee. We educated people on what sovereignty meant and about the 1851 Fort Laramie Treaty, currently being referenced in the Standing Rock action. In this treaty, the United States acknowledged that all the land covered by the treaty was Indian territory, and the United States did not claim any part of it. In 1975, I camped and marched in the Black Hills with several thousand people. In 1983, our family moved to Ireland for three years, and I took a break from this work.

Kathryn: What was your next activism project?
From 1999-2002, I was part of a Unitarian Universalist group which volunteered on reservations in North and South Dakota. We would do weeklong projects, no religion offered but hands-on efforts. At Pine Ridge’s SuAnne Boys and Girls Club, we cleared a baseball field, painted rooms and built an amazing library for them. In Manderson, South Dakota, we built a neighborhood basketball court for the youth. In Wanblee, South Dakota, we rehabbed a flooded school, and in the afternoon attended educational sessions to learn about Sioux culture.

The library project in Pine Ridge was a special project of the Minneapolis Unitarian Church. We received $2,500 from an endowment and raised another $2,500 to purchase 500 culturally specific books on Native culture and history. A librarian from Chicago catalogued the books and set up the best library at that time on an Indian reservation. For the next five or six years, our congregation formed a Native Connections group and hosted Native events, worked with Winona La Duke in supporting her White Earth Land Recovery Project and her Native Harvest products.

What prompted your first involvement with Lummi Nation?
In 2002 I was invited to become director of HONOR (Honor Our Neighbors Origins and Rights). In 2003, just a year before I moved to Bellingham, I attended a board meeting of HONOR during the spring convention of the Congress of American Indians in Albuquerque, New Mexico. Several board members told me to attend a reception one night hosted by the Lummi Nation, as they would soon be my neighbors in Bellingham. It was at this reception I met Jewell James and Darrell Hillaire. I learned about Jewell’s second healing totem pole journey to Shanksville, Pennsylvania. Afterward I went through the reception line and shook their hands, telling them I was soon moving to Bellingham and I hoped to be a good neighbor.

After moving to Bellingham, I wanted to continue building bridges by educating local residents about issues of HONOR involving honoring: sovereignty, treaties, tribal government, culture and protecting the earth. I met with both Erin Thomas at Lummi and George Adams at Nooksack to ask for permission, and requested introductions to tribal members who could teach those aspects of the courses I would facilitate for the Academy for Lifelong Learning. It was through these courses, over a five-year period, that I met and became friends with many Lummi and Nooksack peoples.

What was your first major project?
In 2006 I learned the Lummi were hosting tens of thousands of guests for the 2007 Tribal Canoe Journey. After meeting with former Bellingham mayor Tim Douglas, I met with Lummi Cultural Chair James Hillaire. I asked him if the Lummi needed help with money, volunteers or goods. His reply was “all three.” When I told Hillaire the city of Bellingham wanted to honor the Lummi Nation before the event, I asked him, “What do you want to be honored for?” James replied, “We have never been officially acknowledged as the first inhabitants of these lands and waters.” This statement became the major focus of the first Coast Salish Day at Boulevard Park on July  7, 2007. A small committee of about 10 worked with the Lummi for six months and in all raised over $60,000, inspired hundreds of volunteers and collected contributions of food and other goods. Most impactful, however, was a proclamation signed by all the mayors of Whatcom County and the county executive, with the above official acknowledgment. Official letters from the governor and United States and state politicians were also collected and delivered to all original nations and peoples attending.

What action was taken regarding the coal train issue?
In 2013 Deb Cruz and I were asked by the Lummi Sovereignty and Treaty Office to help them contact religious leaders of Whatcom County and to invite them to hear the Lummi’s position on the proposed coal terminal at their sacred site, Cherry Point. We were willing to help, but also asked if they could address the community activists at a separate time on the same day. We offered them the Bellingham Unitarian Fellowships sanctuary for the meeting. On Memorial Day, May 27, 2013, more than 84 religious leaders, representing 36 denominations or faiths, and over 200 activists, representing 44 organizations, heard for the first time the Lummi’s position. At the end of the day, the Lummi had gained the admiration and support for their lead in this joint effort we were undertaking together.

How do you keep your spirits up?
The work is so rewarding itself that I am continually inspired by the many stories of awakening awareness, cooperation, friendship and trust. As Darrell Hillaire said at the late summer ReSources Gala, “I look out and see we are all standing together, facing in the same direction.” My friend and collaborator Deb Cruz and I have built a relationship of trust and often serve as conduits for requests for project help and contacts information. We raise awareness of Native plays, musicians, artists, exhibits and events. We raise awareness of struggles of other original nations and peoples: pipelines, fossil fuel terminals, etc. We are working throughout Unitarian Universalist congregations to build knowledge and capacity to engage with their indigenous nations in support of issues of tribal sovereignty and climate justice.

What would you recommend to our readers who are interested in Native culture?
I encourage everyone to educate themselves about the history of the original nations and peoples of the Pacific Northwest. Very few people in this entire country know their indigenous neighbors or their incredible lives and stories. Awareness, understanding and acknowledgment is very important, and interfacing with each other changes lives, as many of us have experienced here in the past decade. My advice is to take advantage of all the opportunities to learn, experience and support each other that exist.

We owe a debt of gratitude to the Lummi Nation for saving us from the proposed coal terminal. I encourage people to make an effort to meet our neighbors. A recommended book to read is Vine Deloria Jr.’s “Indians of the Pacific Northwest: From the Coming of the White Man to Present Day.”

I send out a “Native Events” email to over 800 individuals every month. It lets folks know what is happening and where. If interested in receiving this information, send a request to bethbrownf@aol.com.