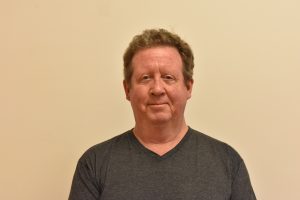 Yes, the university administration needs to discuss any enrollment increase with the city council / administration. The sooner we begin this dialogue the better. I would begin with trying to determine what impact, economic or otherwise, past enrollment increases have had on the city, what financial “incentives” have been given in the past from either entity, and what the university intends to do about housing for current and future enrollment, especially since they have an undisclosed number of homeless students.

I support a city owned fiber optic network as a public utility with the installation thru existing or new infrastructure. It is a necessity; but, not as high a priority as the climate emergency (change), affordable housing/homelessness, wealth inequality and declaring Bellingham a sanctuary city.

I favor multifamily and multi-resident housing in all areas of the city. We can no longer afford from both an environmental and economic standpoint to exclude any type of housing from tiny homes to single family homes. Not everyone desires nor can afford a single family (detached) home.

After requesting and being given a complete briefing by city planning and other entities on these developments, I will insist that ALL environmental laws, regulations and rules be adhered to. If they are not or the best estimate is that they will not, then I will seek to have the developments delayed or cancelled. Environmental impacts are the only priority and are not to be overridden by other considerations.

I favor any planning and funding solutions that do not involve fossil fuel based vehicles. We need everything from walkable / rollable areas for all including sidewalks in every locale to easy access points for public and multi-modal transportation. Another complete review of existing plans and any ideas from the community needs to be accomplished at the earliest opportunity.

I would seek to suspend 13.16 until and if we receive assurances from the best science and engineering sources that there will be no harm created by these installations in any of the areas mentioned. As for the FCC ruling, they were wrong about net neutrality, and I strongly suspect they are wrong about 5G.