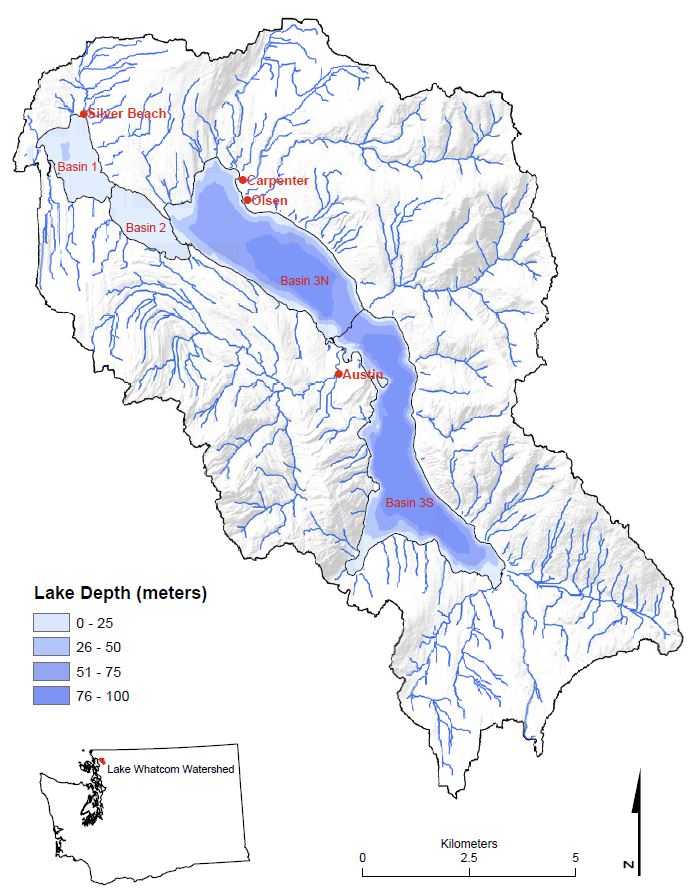 Lake Whatcom is the primary drinking water source for about 100,000 residents of Whatcom County. The lake is comprised of three sub-basins from which samples are collected in October through December, in February and April through September each year.