A Wild Buffalo Program To Be Presented in Bellingham 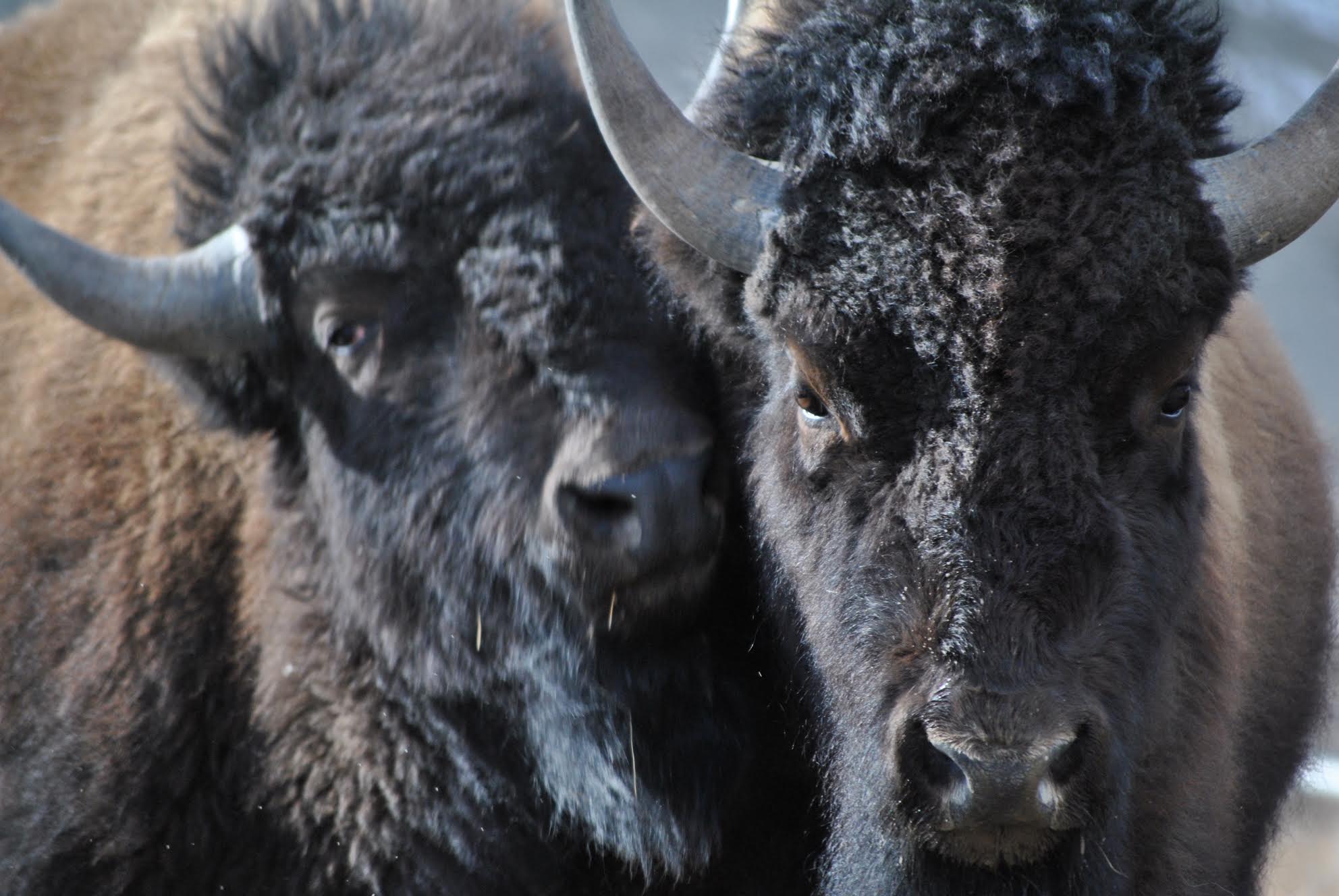 The Buffalo Field Campaign Road Show will visit Bellingham on September 15, 2016, a program that will be presented at the Bellingham Unitarian Fellowship, 1207 Ellsworth St. at 7:30 p.m.

The Yellowstone buffalo population is the last one to remain free of cattle genes, to still follow their migratory instincts, and the only buffalo to have continuously lived on their historic habitat since prehistoric times. Once roaming free in the tens of millions across North America, today fewer than 4,000 wild buffalo are left in existence; these few are confined to Yellowstone and are under constant attack by livestock interests.

Montana’s voracious cattle industry, overseen by the Montana Department of Livestock, holds a “zero tolerance” policy against buffalo, harming, harassing and killing them for following their natural, migratory instincts that bring them to habitat in the state. Since 1985, nearly 7,000 wild buffalo have been senselessly killed.

Montana and the federal government agencies supporting them claim that these actions are taken to prevent the spread of a livestock disease, brucellosis, from wild bison to cattle. In the centuries of cattle invading North America, wild bison have never transmitted this disease to the livestock they got it from. Other wildlife — such as elk, deer and even domestic dogs — also carry brucellosis. Only wild buffalo are targeted, which demonstrates a deeper issue other than disease: grass. The cattle industry fears the return of wild buffalo because they want to hoard grassland habitat for their cattle.

With our country’s shameful history of mass buffalo slaughter, it is a bitter irony that 130 years later history repeats itself. Adding insult to injury, Montana’s livestock industry has an unlikely partner in these crimes against buffalo: Yellowstone National Park. Amazingly, the agency that is in charge of protecting this sacred species, and that uses the buffalo as their very symbol, fully participates in their harassment and slaughter. During the winter of 2008, Yellowstone National Park helped livestock interests kill over 1,600 wild American buffalo, becoming responsible for the largest buffalo slaughter since the 19th century.

In addition to our daily field patrols, and using our decades of experience, the campaign is working to gain wild buffalo permanent protection under the Endangered Species Act; we are working with Congress for legislative support, working with First Nations that help honor the sacred nature of the buffalo, and we have joined with other bison advocates to take legal action against the governments that harm them. These buffalo are an American treasure, belonging to themselves and the land they have roamed since prehistoric times. America’s last wild buffalo need all of our help to ensure their survival. Our new national mammal being killed with our tax dollars makes it all of our business.

The Buffalo Field Campaign is a non-profit, volunteer-based organization focused on protecting America’s last wild buffalo population. Field Campaign volunteers live and work in the lands where wild buffalo still roam, in southwestern Montana, and has become the leading source of news and information about them. Volunteers embark on daily field patrols, monitoring wild bison migration and documenting all actions made against them in an effort to raise awareness and gain permanent protection for this sacred, iconic species. The Buffalo Field Campaign Road Show is one way we can bring the buffalo’s story to you and build a strong advocacy for their defense.

Mike Mease is a co-founder of the Buffalo Field Campaign.