A Tale of Two Lichens

Wouldn’t you like to easily tell how good the air you breathe is? Knowing your lichens allows you to do this. For this article I’ll keep the theme of pairs used in my last Life Before Flowers column. Lichens are one of the big groups of cryptogams (spore-producing plants and plant-like organisms) in our region. The column on Usnea quasirigida in the May 2019 Whatcom Watch covered introductory, general information about lichens, some of which I will repeat here.

In this column, I want to describe in more detail how lichens are constructed, how they function biologically and why they make good biomonitors of air quality. To further all this, I will compare the above two, locally-common species. It just so happens that these two species occupy opposite ends on the spectrum of sensitivity to air pollution. But more on that in a bit.

Lungwort, Lobaria pulmonaria
Lichens are composed of fungi that form a body (a thallus, pl. thalli) when they grow and share life with photosynthetic partners with which the have to do to live. The photosynthesizers are either green algae, blue-green bacteria or both. Lobaria pulmonaria (Figure 1) has both. 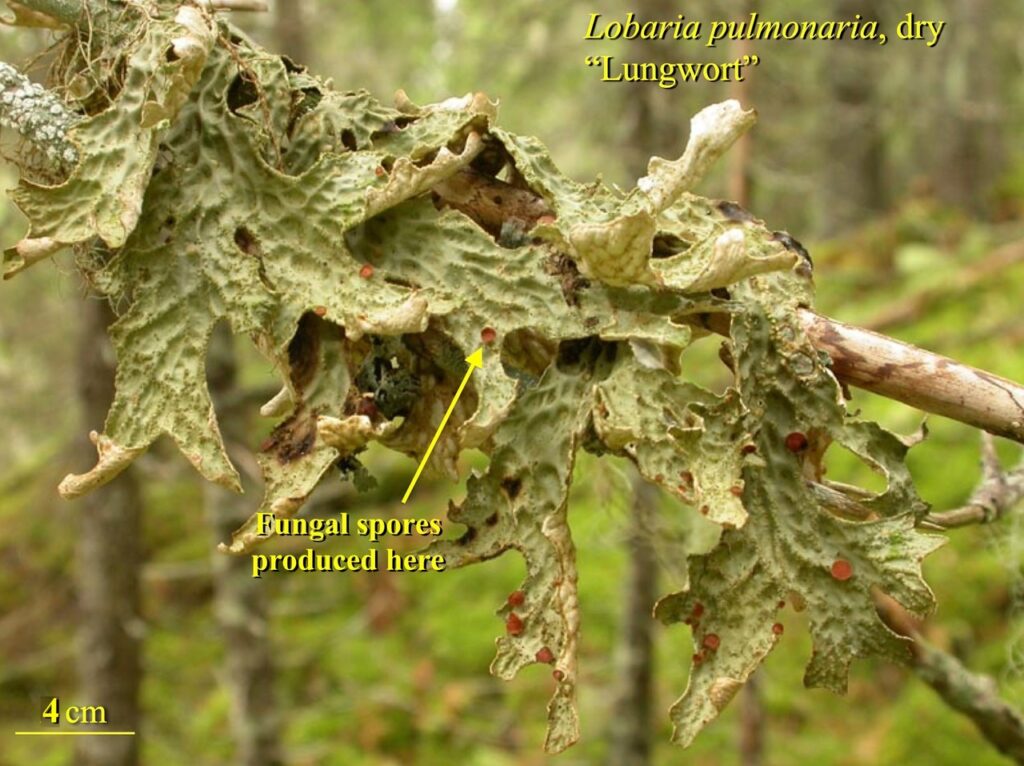 Figure 1. A dry, mature thallus of Lobaria pulmonaria.
All photos by Fred Rhoades

It is a relatively large, foliose (leaf-like) lichen found on trees in areas of relatively clean air out away from urban areas. Masses of mature Lobaria pulmonaria thalli can reach a couple of feet across. It is known from temperate areas around the world, although in some countries it has become rarer and is classified as endangered. There are other species of the genus Lobaria in our area, but for the remainder of this article I’ll just use the genus name to refer to this species.

Unusually for lichens, this Lobaria has a well-established common name, Lungwort. The ancient Greeks felt that if a plant looked like the tissue of a human organ, it was useful in treating afflictions of that organ; hence the common name. Unfortunately, there is no scientific support for any medicinal use of this lichen for lung diseases.

When dry, Lobaria is light pea-green above and tannish below, both surfaces with numerous intersecting ridges giving the lichen a very rough appearance. When wet (Figure 2), the upper surface turns strikingly darker green in color. 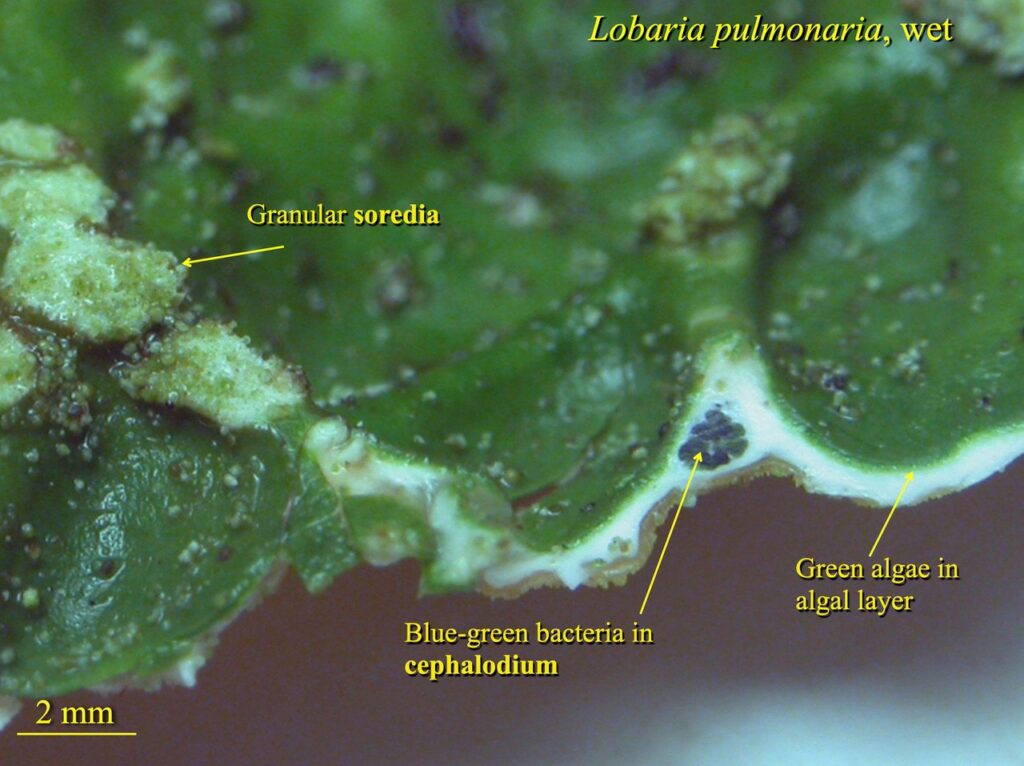 Figure 2. Closeup of surface and a section of a wet Lobaria pulmonaria.

A close look at the cross-section of the thallus exposed in this figure shows several other features.  Lobaria actually has two, different photosynthetic partners. Just below the green, upper surface is a layer of green algae, grass green in color, lying within and above the matrix of fungal hyphae (which appears white in the photo). In scattered locations buried within this matrix are globs (cephalodia) of another partner, a blue-green bacterium.

As in all lichens, the photosynthetic partners produce the food that the fungus requires and can’t make itself. The role of the fungus in this partnership is to provide the moist web in which the two photosynthesizes can thrive (at least when the lichens are wet). All other parts of Lobaria are composed of the fungus. 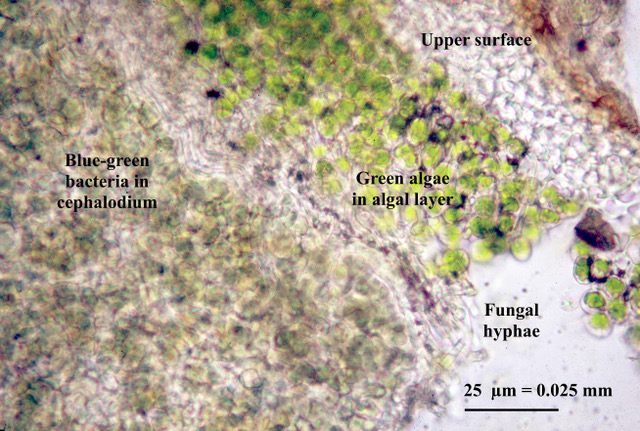 Figure 3. Microscopic magnification of a cross section of Lobaria pulmonaria.

An even closer view of all the partners is seen in Figure 3. The difference in colors of the two photosynthetic partners can be seen in the photo. In this species, the fungal hyphae just sit aside of the algal and bacterial cells. Being relatively loosely arranged, the network of fungal hyphae holds the water their partners need. The upper surface of Lobaria is formed of tightly packed hyphae cells (see Figure 3) that keep the thallus from drying out rapidly, while the lower surface is a more loosely arranged hyphal surface that allows for air flow. If you know something about the internal structure of plant leaves, you will realize that the overall build of this foliose lichen is very similar in terms of its functional parts.

In addition to its water-holding properties, the fungal partner produces several different lichen compounds (weak, organic acids) that act as chelators, chemical stickum than holds mineral elements gathered from very dilute concentration in rainwater that otherwise would be very difficult to obtain. This ability to eke out an existence in habitats that remain dry for much of the time, only to be made wet with rainwater or water splashed off habitats nearby, allows lichens to live in many places that other organisms can’t. An interesting sidelight to the organic acids is that many of them are pigmented and form the basis of natural dyes produced by some lichens, including Lobaria which turns dyed wool a pleasant, warm brown. Because of the stickiness of these compounds, this dye is colorfast.

Because of a very special capability of some bacteria, including these blue-greens in Lobaria, this lichen is able to form organic proteins using just the nitrogen in the air, an otherwise totally inert gas. This process, nitrogen fixation, is a characteristic of all the lichens that contain blue-green bacteria, and causes them to be important players in the nitrogen economy of forests where they are found: this is one of the few ways that inorganic nitrogen can be transferred to biological form.

The fungal partner in Lobaria produces spores sexually in the disks that you can just make out in Figure 1. However, those spores have to find the right algae and bacteria with which to partner before they can result in a successful reproduction. As one might guess, reproduction by lichens often involves the formation of asexual (cloning) structures that contain all the organisms involved in the symbiosis. To do this, Lobaria produces tiny soredia, granular outgrowths formed on the ridges (Figures 2 and 4). 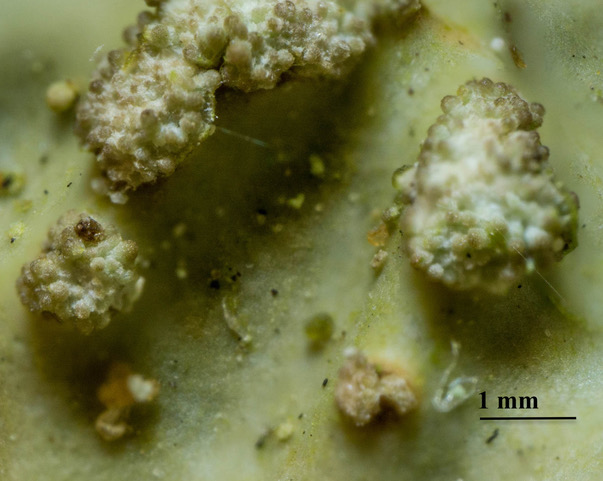 Each of these little structures contains all the necessary partners and can rapidly grow into young Lobaria thalli. The soredia are easily blown about in the wind or are picked up on the feet of itinerant animals that wander over them. 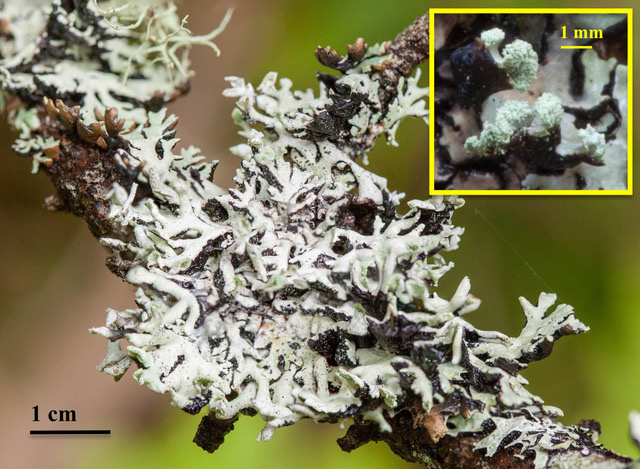 This is a common species all over Whatcom County, indeed, all over the world. The scientific name of the genus, Hypogymnia (“below,” “naked”) refers to the fact that the lower, black surface of this genus lacks root-like structures (rhizines) which are common in related genera. Uniquely for foliose lichens, Hypogymnias are hollow with the lower surface separated internally from the upper, gray-green surface causing the lobes to be somewhat tubular. Although this species doesn’t really have a good common name, the genus, Hypogymnia, as a whole is known as the tube or bone lichens because of the more rounded lobes than many other foliose lichens.

Hypogymnia physodes has only a green algal partner (just below the upper surface) and it produces asexual soredia on the undersides of often up-turned lobe tips (see inset in Figure 5). It can be found throughout Whatcom County just about anywhere there is old wood: on trunks of most trees, on the twigs and branches of the same trees, on fence posts, roofs and, even sometimes, on the scales of Western Red Cedar trees. Again, I’ll dispense with its full name for most of the rest of the article and just call this Hypogymnia, although there are at least seven fairly common other species in this genus in our area. Like Lobaria, Hypogymnia also produces many (different) lichen compounds with which it is able to eke out its living.

Air Quality Monitoring With Lichens
Because lichens function like sponges, and, with their chelating lichen compounds, they are adapted to blindly take up and hold any materials in the air or rainfall that comes into contact with them. Thus, lichens are perfectly situated to naturally sit around and soak up all the good and bad things that make up their (and our) environments and be monitors of the quality of these environments. There are two ways lichens can be used: using their differential sensitivities to pollutants and by measuring, in the resistant species, the relative uptake of pollutants in different environments.

Some air pollutants, when present in high enough concentrations, can be toxic to lichens — but some lichen species are more affected by this toxicity than others. It turns out that some lichens, particularly those like Lobaria that contain blue-green bacteria, are particularly sensitive to many pollutants. Others, like Hypogymnia are resistant to quite high concentrations of the same pollutants. This differential sensitivity was first used in Great Britain in the 1970s, when lichenologists there developed a program that allowed citizens to inventory their environments for the presence of 20 or so species of lichens. These had been studied as to their sensitivity to the air pollutant, sulfur dioxide, a common pollutant resulting from a variety of industrial activities.

In this program were indeed the two lichens I have discussed in this column. It turns out that Hypogymnia can live pretty happily in air up to a concentration of 70 µg (70 millionths of a gram) sulfur dioxide per cubic meter of air. Other species of lichen can withstand twice that concentration. However, Lobaria only can live in areas with a concentrations of less than 30 µg per cubic meter. There are other lichen species that are even more sensitive. More recent studies around the world have shown similar effects happening in regions with different species and different pollutants. A study in the mid-1970s was done in the Willamette Valley of Oregon, and I have done a small project in and around Bellingham with college students.

Species that can resist high levels of pollutants, like Hypogymnia, can be used in a different way. Because the amount of many elements saved in a thallus in those species has been shown to be directly related to the average amounts found in the air around them, measuring the concentration of a pollutant in thalli collected from different locations can be used to compare the levels in the environments of those locations.

This capability has been very useful in comparing the levels of heavy metals such as lead, cadmium and other elements between environments. Because it is so common and yet resistant to the effects of pollutants, Hypogymnia physodes, more than any other species, has been used in this work. A study I did around the Olympic peninsula in the late 1980s used this technique in other species. Among other trends, it showed the drop-off out away from roadsides of the amount of lead in the air due to the influence of the combustion of lead-containing gasoline. It would be interesting to repeat this study there now that lead has been out of gasoline for many years.

In Whatcom County, you can tell a bit about the quality of the environment by checking to see if you are so lucky as to have Lobaria pulmonaria on the trees in your neighborhood. The closest location that I know of on the south side of Bellingham is in the south reaches of Chuckanut Community Forest. I’m not sure how close to Bellingham it gets on the north side. To the west, it can be found along Lake Whatcom. In any case, it is comforting to know that such lowly organisms as these important cryptogams are out there acting as silent monitors to the nefarious productions of we human beings.
_______________________________