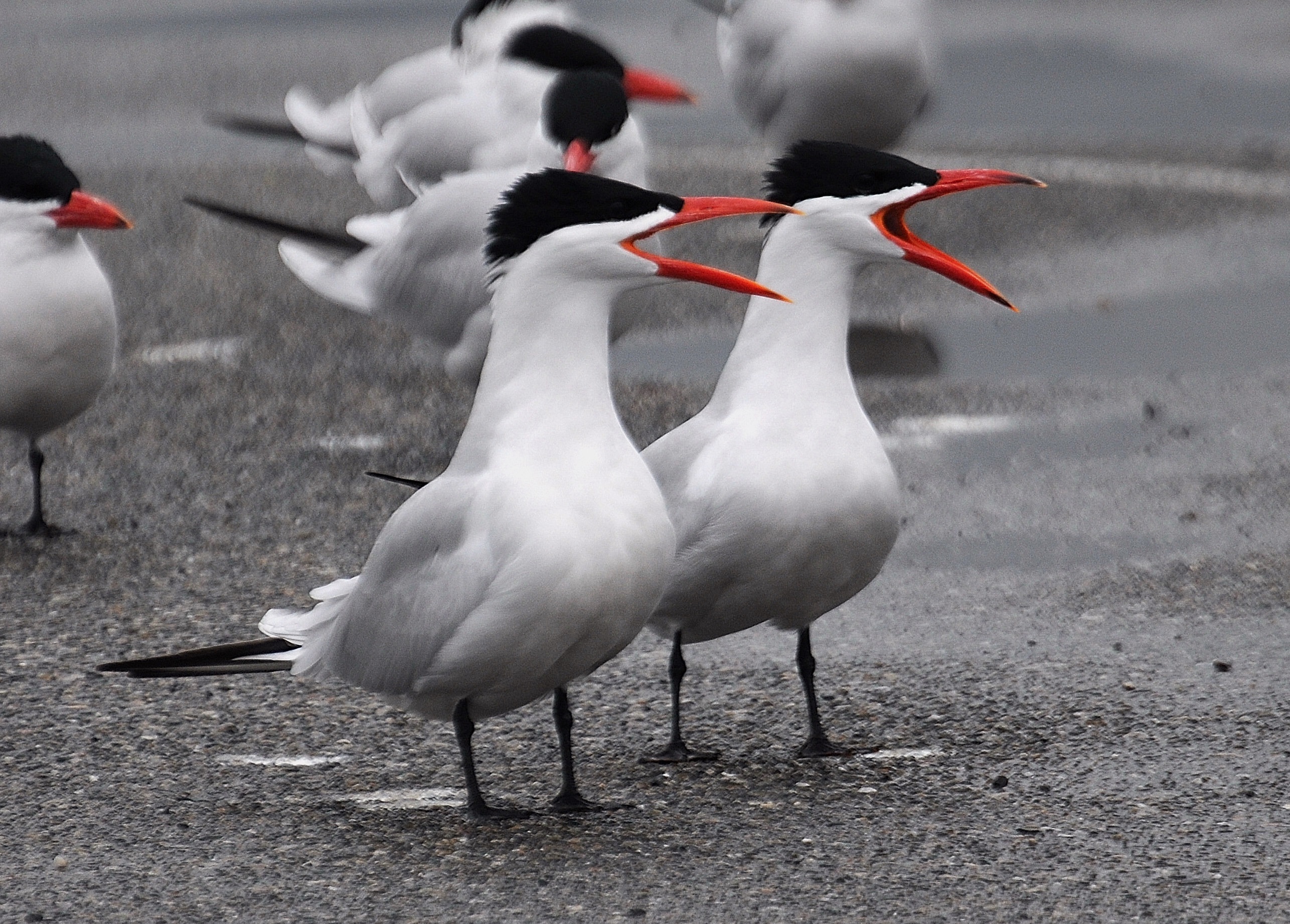 Tornadoes, hurricanes, and floods get all the publicity and the inherent perils are well known by most people. Lesser known, but one of the most powerful natural forces on planet Earth, is the massive movement of birds in springtime, driven by the urge to procreate. While fall migration is similar in many ways, it seems to lack the energy of its spring counterpart. Just like humans, fall migrants that spend the colder months here are ending their bright season and heading into the longer, darker days of winter. On the other hand, there is a distinct vibrancy about spring migration that reverberates across the entire animal kingdom.

While most avian migrations follow a north-south flow in both spring and fall, birds that breed in higher elevations perform an altitudinal migration. Our varied thrushes are perfect examples of this type of migration. When mountain snows cover their food sources, they invade the lowlands right down to saltwater. Regardless of the direction, the driving force behind migration is related to available food and less stressful living conditions. Spring migration has the added element of the instinctual urge to find a mate and reproduce. This dynamic is part of the excitement of spring, linked I’m sure to what lies ahead for both the birds and the watchers.

In North America, there are four principal north-south flyways that birds commonly utilize during migration. From east to west they are the Atlantic, Mississippi, Central, and Pacific Flyways. During migration, billions of birds follow these routes to their traditional breeding grounds. I live on the Pacific Flyway now, but I grew up in southwest Louisiana in a unique place where the Central and Mississippi Flyways converge temporarily before separating in their separate directions. As it is everywhere, our winter visitors move north and the Neotropical migrants fill the void with exciting arrivals from warmer climes. These new arrivals bring their songs and bright colors to enliven the season. When black-headed grosbeaks and Swainson’s thrushes arrive locally, their distinctive songs fill the air.

One of the most common questions about birds and migration is how they find their way to the same areas they’ve used for generations. Avian navigation is one of the most studied and widely debated aspects of bird biology. Diurnal (daytime) migrants are thought to rely on the direction of the sun and visual landmarks while nocturnal (nighttime) migrants use the stars as guides. Yet another field of study is the use of the Earth’s magnetic field as a guide along migratory routes. It’s also understood that, in migration of large flocks, the elders lead the way and young birds learn by experience.

Whenever birds move in large flocks, there are always predators to deal with along the way, including humans. Waterfowl species that migrate in fall and winter are always susceptible to humans with guns and large predators like bald eagles. Waterfowl season was always a traditional means for humans to gather food during the long winter months. Over the years, conservation organizations like Ducks Unlimited have done marvelous work to keep the tradition alive while monitoring the numbers of individual species.

Smaller birds, especially shorebirds, have nothing to fear from humans, but they keep their collective eyes open for avian predators like falcons. One of the most spectacular sights for birders is a flock of several thousand dunlin in their seemingly choreographed aerial dance of avoidance. The interplay between peregrine falcons and dunlin is a regular sighting throughout the winter at Semiahmoo. For that matter, wherever you find large flocks of migrating shorebirds, you can usually find a peregrine lurking and sizing up the crowd.

Long distance migrants are the birds of legend, and no other species comes close to matching the distances covered annually by the Arctic tern. These birds migrate from their breeding grounds in the Arctic to the Antarctic every year. Closer to home is a bird with an equally remarkable migration … the Pacific black brant. The majority of brant fly nonstop from their nesting grounds in the Arctic to Baja in a journey that takes them over 50 hours. Their numbers build in our area over the winter before they return northward in the spring.

Birds that are classified as vagrants often cause a lot of excitement in the community of bird-watchers. These are birds that have taken a wrong turn and migrated away from their normal ranges. As I’m writing this in mid-March, there is a Siberian accentor that has been a fixture near Woodland, in southern Washington for almost two months. In the past, we’ve had unexpected visitors like bramblings, dusky thrushes, and my own discovery … a tropical kingbird on Whatcom Creek. This bird was in the same location for 16 days and drew watchers from as far away as Spokane before continuing its journey.

Climate change has been considered recently as a cause for traditional migratory patterns to be slightly out of sync. Whether it’s causing early or late arrivals and departures is still a matter of conjecture. Changing temperatures have enormous effects on the timing of nesting. It also affects the availability of the food resources that birds depend on along the way and when they arrive at their breeding locations. Climate change is certainly responsible for some birds expanding their ranges to new places that are suitable for their needs. A perfect example is the California (formerly western) scrub jay.

Banding and wing tagging are important tools in monitoring bird populations and tracking their seasonal movements. The simplest overall technique for a banding operation is to be where the birds are, especially when it comes to mass movements of birds. I participated many years ago in a banding of songbirds on the Gulf Coast of southwest Louisiana. Mist nets were used in one of the prime spots where Neotropical birds make their first landfall after crossing the Gulf of Mexico. The recapture of banded migrants throughout the year provides valuable information about species-specific migration. The banding of 252 Caspian tern chicks on the Bellingham waterfront in 2010 was a similar effort, and contributed data to an international study on the world’s largest migratory tern.

Conservation and habitat restoration efforts throughout North America have eased the stress of migration for many species. Providing safe havens for feeding and resting birds saves energy they need along the way. Spring migration is also a time of year to celebrate the return of species to traditional nesting grounds. The fabled swallows of Capistrano are the classic example. Along the Pacific Coast, there are numerous festivals that mark the return of the migrants. Humans have long seen their return as good omens for the coming year. Something to keep in mind is that, except for seasonal game birds, migratory birds are protected by the Migratory Bird Act of 1918.
________________________________